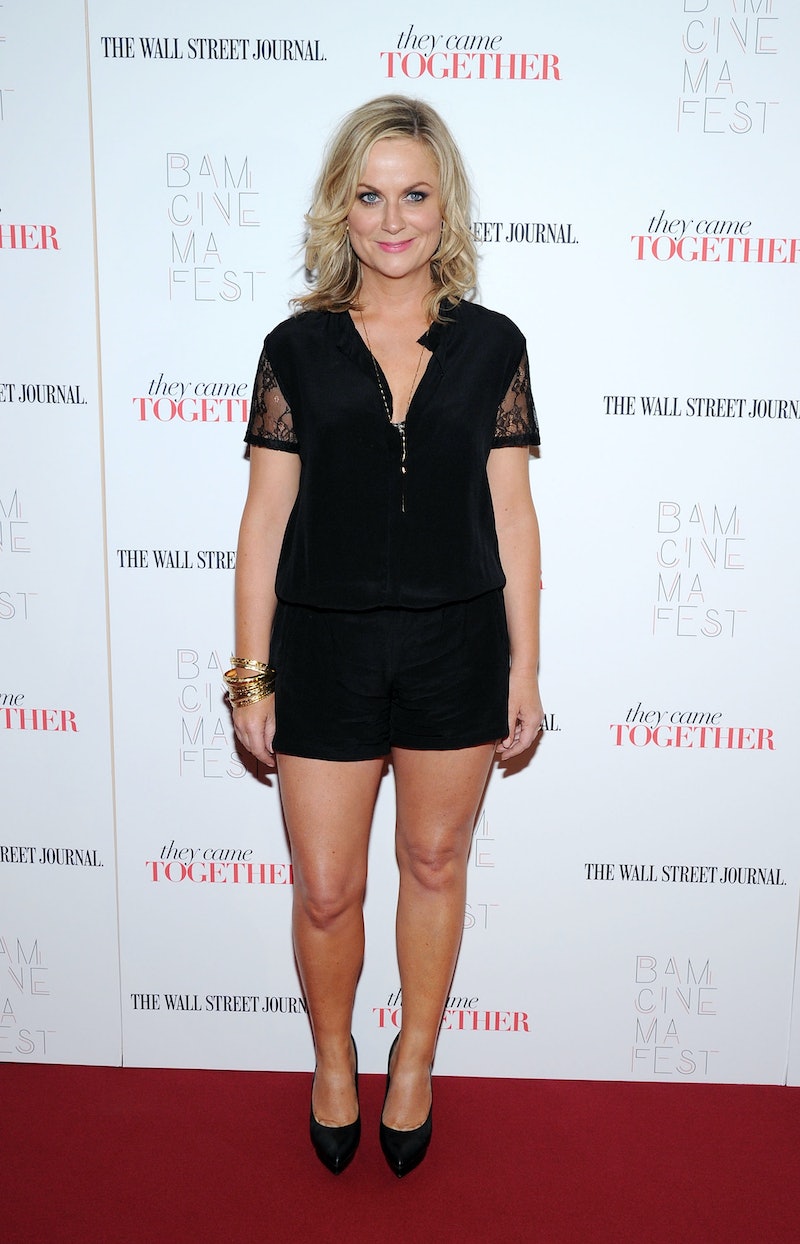 She criticizes the art to a fashionably dressed woman with comments like, "This piece is aggressive. It's dangerous. It's stupid and that's why I like it." Poehler is, of course, not actually talking about the vaguely Rothkovian paintings on display in her gallery — its the woman's skinny jeans that have her all in a tither. The full commercial appearing on TV shows Poehler giving a critique of the woman's denim after when finding out the jeans start at $19 and if you try a pair on you get $5 off. She declares that the two must go shopping and leave the stupid artwork behind at once.

In the outtakes below Poehler asks the woman who the artist is behind her jeans. She replies Old Navy, Poehler talks about knowing him and says something like "he's French isn't he?" Although the outtakes show more of Poehler's art satire than Old Navy's jeans, it still kinda makes me want to go shopping. Great marketing Old Navy. This isn't the first time outtakes from Old Navy commercials prove Poehler is the Queen of Comedy, but the latest commercial might just be my favorite.

More like this
These Are The Best Socks A Woman Can Buy
By Lisa Fogarty
The 2022 Emmys' Top Nail Trends
By Olivia Rose Ferreiro
How To Wear A Bucket Hat Like Rihanna, Dua Lipa, & More
By Allie Fasanella
Harry Styles’ Red Carpet Looks Have One Thing In Common
By El Hunt
Get Even More From Bustle — Sign Up For The Newsletter