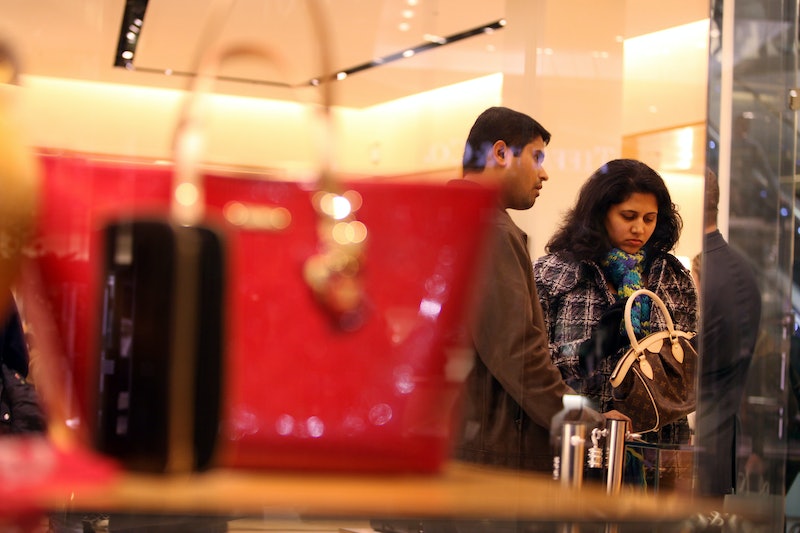 The official age of the It bag is behind us, but that doesn't mean consumers don't want luxury purses. Intrepid journalist Lauren Sherman of Fashionista did some digging to determine the top-selling luxury handbag brands in ten major cities and the results prove that some styles definitely have staying power.

Sherman, inspired by a report on social media activity and luxury brands released by Credit Suisse, partnered with San Francisco consignment shop The RealReal to compile data on which of the major handbag brands sell best in which cities. "I chose a reseller for this exercise," she writes, "because many of these brands — including Hermès and Céline — are not available to purchase outright via the web. Resellers also have a better sense of what's still in demand from a couple of seasons, or years, ago."

The cities examined were Chicago, Dallas, Denver, Houston, Los Angeles, Miami, New York, San Francisco, Seattle, Washington, D.C. Some interesting takeaways: Louis Vuitton made the top three in every city and was the biggest seller everywhere except for New York and Miami (the label was beat out by Chanel in both locations). Most brands appeared on the list multiple times, except for Goyard, which appeared only in Denver's top three. And Dallas loves logos: LV, Chanel, and Gucci topped the city's list.

One thing is clear — Louis Vuitton has got nothing to worry about. "LV is constantly in demand," Rati Sahi Levesque, The RealReal's chief merchant told Sherman, "It's relevant among top fashion influencers, as well as in the more commercial market."

Recognizability and status are key components that make a luxury brand untouchable. Although Céline landed in the top three several times (in Chicago, Los Angeles, and San Francisco), the brand didn't do as consistently well as competitors like Chanel, LV, and Hermés because of the more subtle design aesthetic. Says Sahi Levensque, "Céline is often less recognizable than other brands. The minimalist aesthetic and subtle logo make it unique."

The luxury handbag market is strongly dominated by a few storied brands, but only time will tell if another purse giant will come along and de-throne Louis Vuitton.