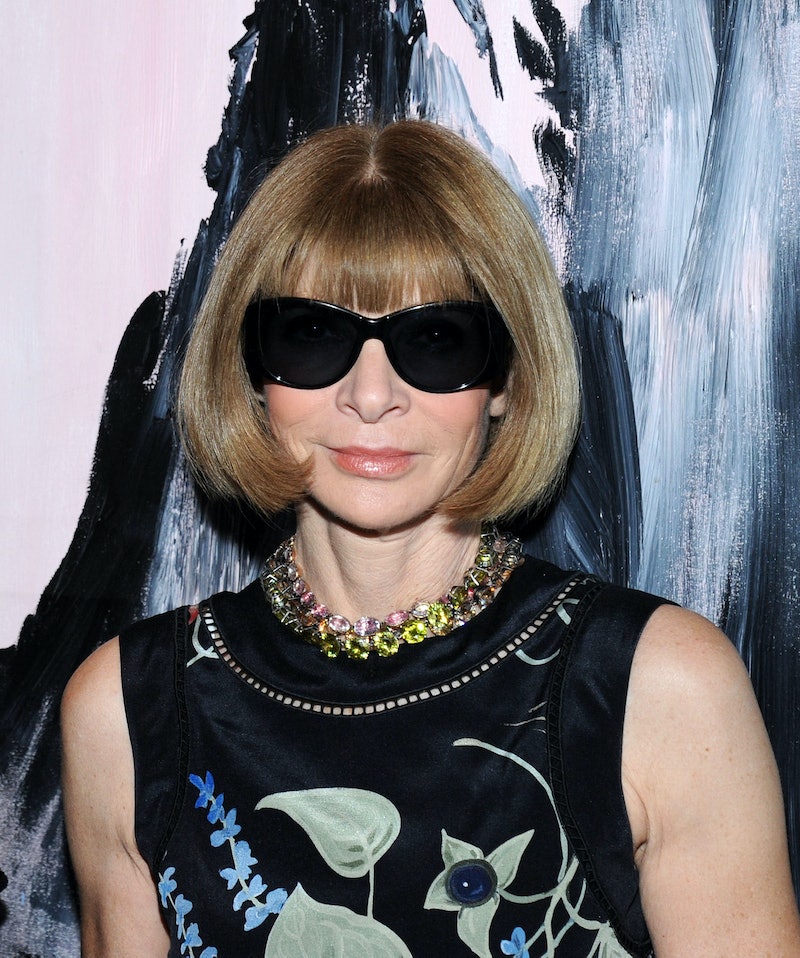 Well, well, well! You never know when someone will surprise you. The notoriously stern-faced, perfectly coiffed, Editor-In-Chief of Vogue, Anna Wintour, accepted the ALS Ice Bucket Challenge. I guess everyone really does have a soft spot.

On Tuesday, model Gisele Bündchen challenged Wintour (along with Shakira and Mario Testino because OK, sure, that seems like a logical combination of people), but skeptics were quick to laugh off the idea of Wintour messing up her signature hairstyle in the name of charity. Donating money is for peasants, after all.

The video, posted to Facebook by Vogue on Wednesday afternoon, is rather charming. Wintour's surrounded by her family and, despite keeping her signature shades and designer dress on for the whole ordeal, seems to be having a grand old time dumping a bucket of ice water on her head. OK, anyone who's been holding out on the challenge, if Anna Wintour can do it, so can you. Of course, she also donated to The ALS Association, which has raised over $13.3 million dollars thus far from this whole viral ordeal. Proof that as long as it enables people to post more videos of themselves on social media, they'll donate money.

Check out the video of the most fashionable ice bucket challenge below — you'll get to hear Anna Wintour scream in the most endearing way possible.