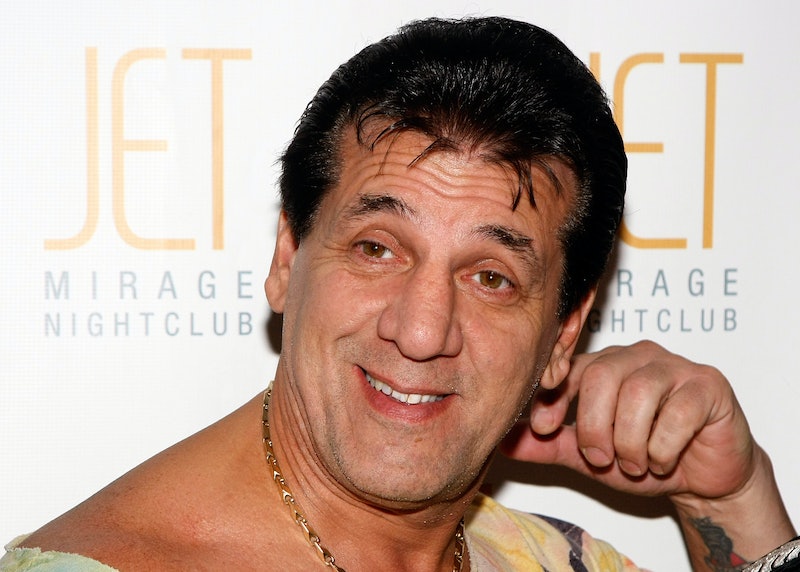 Chuck Zito, one of the stars on Sons of Anarchy, has frantically backtracked on Wednesday to rescind the horrible comments he made earlier this week about adult film star Christy Mack who was gruesomely attacked by her ex boyfriend, the MMA fighter War Machine. In the original interview with TMZ, Zito said that what happened between Mack and Jon Koppenhaver was none of his business, but if he caught his girlfriend cheating on him, he would have done the same thing War Machine allegedly did — that is, violently attack her. He then slams his fist into his hand to punctuate his point.

On Wednesday, Zito appeared in another video interview with TMZ to apologize for his previous statement, but his supposed apology leaves much to be desired. He states:

I said that it's none of mine or anybody's else's business what they do. If I caught my wife or girlfriend bangin' somebody I'd do the same thing but that was my own personal feelings... I want to personally apologize to all the women out there who I might've offended with that statement. If anybody ever touched them, let alone beat them, I would probably kill that guy.

Zito also reveals in the interview that he is leaving social media after he received serious criticism on Twitter for his comments, noting that while nobody deserves to be beaten, like Mack, it's also true that nobody deserves cancer, which was among the comments made about him in the aftermath. This in itself makes his apology problematic; Zito seems to be making himself the victim of a social media attack and seems to believe that he doesn't deserve the criticism. He claims that he was misunderstood in the original video, but there's really no way to misinterpret a man saying that he would also administer a beating to his wife or girlfriend if he caught her with another man — as if that punishment were justified.

In his apology interview, Zito tries to make himself a champion of women, pleading that his personal friends and family who are women know that he would never hurt anyone, and adding that if he ever witnessed a woman being beaten, he would stand up for her. This total flip-flop of his original statement makes him transparently insincere. Zito clearly speaks to a larger misunderstanding of domestic violence; he stated originally that what happened between Mack and Koppenhaver was "none of his business," but the reality is that it IS the business of the public to spread awareness to stop domestic violence, especially since so often it's a crime that goes unreported and unpunished due to the victims' fear.

Mack herself was incredibly brave in posting an account of her tragic attack; her voice calls attention to the fear, pain and victim-blaming that are often implicit in domestic violence. Many caustic comments have been made implying that Mack deserved what she got, and Zito only contributed to this disgusting allegation. Is Zito's apology sincere? Or was he just backtracking to save face in the public eye? Unfortunately, he will probably still have followers, fans and supporters, the same way War Machine does.