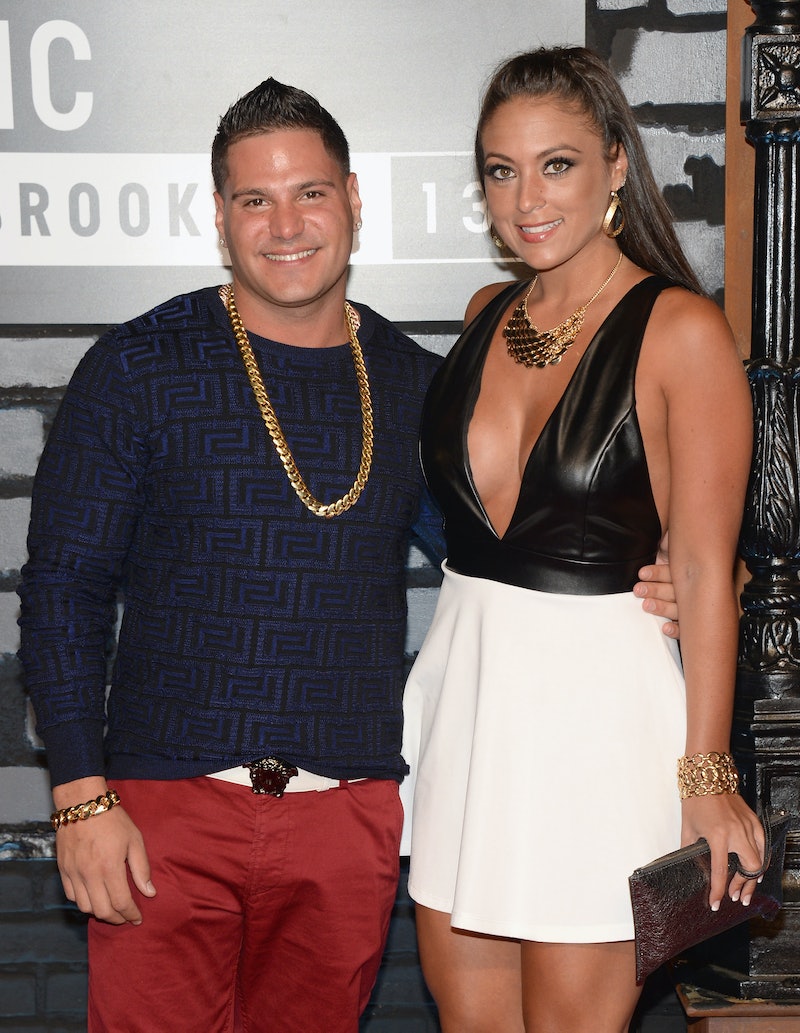 Just when you thought you heard that Jersey Shore stars Sammi "Sweetheart" Giancola and Ronnie Ortiz-Magro "broke up" for the last time, I'm here to tell you: Sammi and Ronnie broke up. Let's all pour out a bit of Ron Ron Juice in their honor right now. The couple was — and I say this in the most loving way possible — the absolute worst on the show. Every episode, Giancola and Ortiz-Magro would break up, then get back together. It was maddening and annoying to watch. But as it turns out, they actually lasted a long time after the show — five years to be exact. But they recently decided to call it quits for good. Or maybe "for good."

Ortiz-Magro recently made an appearance at the premiere for Jenni "JWoww" Farley's movie, Jersey Shore Massacre, and revealed that he and Giancola ended their relationship a month ago. "I still care about her," he told People. "She's a great girl, but we were growing distant. It was for the best."

Best indeed. It's kind of sad to hear that these two crazy kids broke up after defying the odds and lasting so long. But I think it's safe to say that any relationship that has that many, uh, set-backs, is probably not the best relationship to be in.