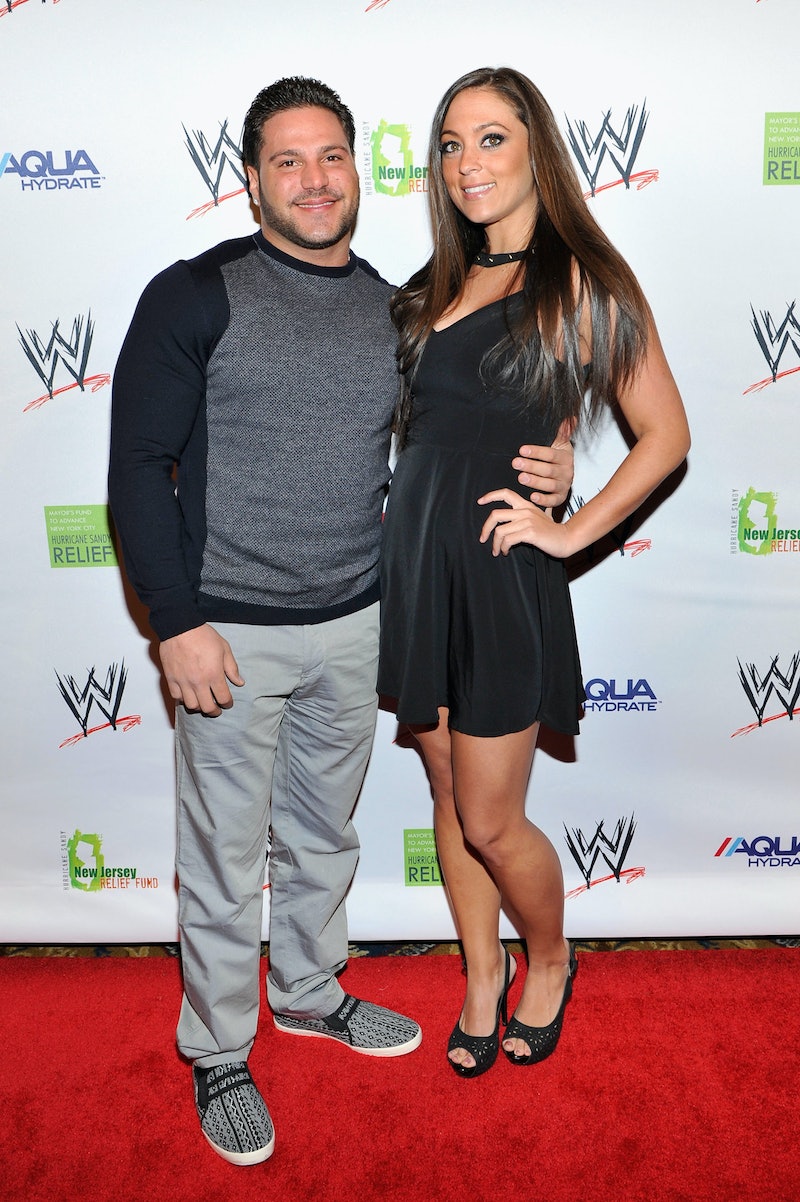 Jersey Shore's Sammi and Ronnie were like the most frustrating couple at your high school. Their breakups and makeups were so fast and frequent they made your head spin. One moment they’re brawling, the next they’re fine. One minute she’s like “I’m Done!” and an hour later they’re in the smush room. When Jersey Shore was canceled in 2012, we were left to wonder about the ultimate fate of SamRon. Without the viewers of America following the intrigue of their relationship, would they actually stay together? Against all odds, Sammi and Ronnie from Jersey Shore are still dating.

That's right, Sammi “Sweetheart” Giancola and Ronnie Ortiz-Magro appear to be together at the moment, which is rather surprising, to say the least. Remember his constant “creeping on girls at the club” behind her back in Miami? Or the time he threw her things out of the house when they returned to Seaside? Those were signs most people would take as indicators that the relationship should end. But since the whole gang graduated from Seaside, it appears that Sam and Ron’s relationship is much improved. Here’s the pair looking totally happy and couple-ish in a photo Ronnie posted to Instagram back in May.

They’ve pretty much had every fight they can possibly have, so they’re ready to settle down and start relating to each other like adults. When the show wrapped in 2012, the two shocked the public by moving into a New York apartment together. It appears that all they needed, at least as they saw it, was a bit of mutual soul searching. In an interview with Hollywood Life, they gave an update on their relationship and discussed that they both needed to do a bit of growing up from their Shore days. Ron said:

And we’ve both grown up as people. We both had to find ourselves. We got to the point where if you can’t make someone else happy, you can’t be happy. We are very happy with ourselves and each other.

I think the way the cliche goes is "You can't make someone else happy, if you can't be happy yourself..." But, hey! If it works for them this way, then by all means run with it! As long as all the mascara tears are out of Sammi's system, things are all good.

As of last year, they were still living together and things were reportedly going great for Sammi and Ron. In a Facebook interview with Crushable in May 2013, Giancola said that she and Ron were still going strong. At that particular moment, there was no plan of getting married or expanding the family with any rugrats. Although her fellow castmates are getting baby fever, the couple isn't planning on having kids just yet. When asked if the couple was planning for a family, Giancola answered: “Not for a few more years. I’m still young.”

Given the fact that the couple is doing well, we can guess that their life together is not being optioned for a reality show. However, for the rest of the cast, we can't be so sure. We're just waiting for "The Situation" and his tanning salon to show up in the local listings. All he needs are a few more arrests, and he's got a guaranteed TV spot.