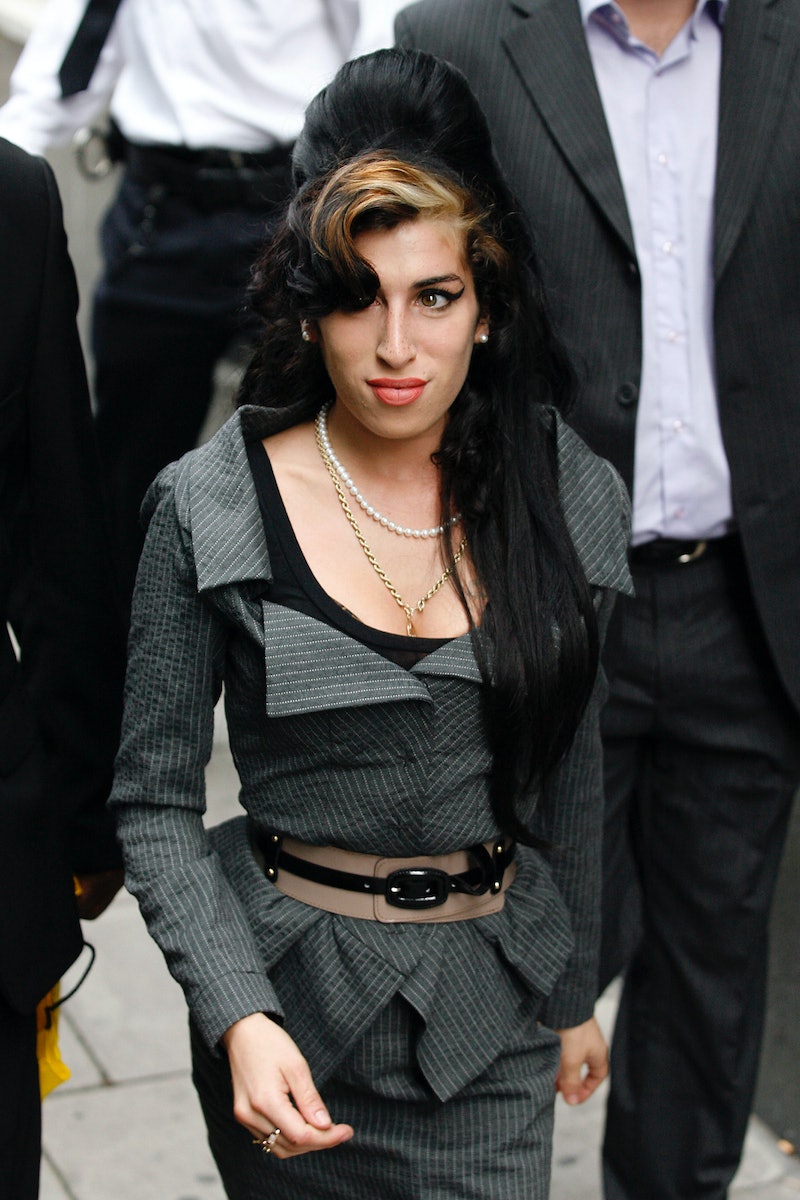 It's been a little over three years since Amy Winehouse tragically passed away, and it's still difficult to accept that the immensely talent singer is no longer with us. To pay tribute to the fallen star, who passed away in July 2011, a sculpture of Amy Winehouse will stand in London's Camden market, which is near her last home. The memorial sculpture is being designed by artist Scott Eaton, and, according to The Mirror, will be unveiled on what would have been her 31st birthday, September 14.

Winehouse's father, Mitch Winehouse, told The Guardian how the fitting tribute came to be: "I had a meeting with Camden council and they told me they don't usually allow statues until 20 years after someone has died, but in Amy's case they made an exception...It's a great honour to have the statue in the Stables. Amy was an integral part of Camden and still is, so you couldn't really think of putting a statue for her anywhere else, could you really?"

The statue will be a life-size brass sculpture, and Winehouse's remaining family members have been involved in the design process with artist Eaton.

It's a fitting tribute to Winehouse, whose voice and talent were truly one-of-a-kind and, three years after her passing, still remain relevant as ever. "Of course it's a double-edged sword, because they don't put statues up of people who are still with us," Mitch continued.

Winehouse passed away on July 23, 2011 at her home in Camden of alcohol poisoning. She was 27.