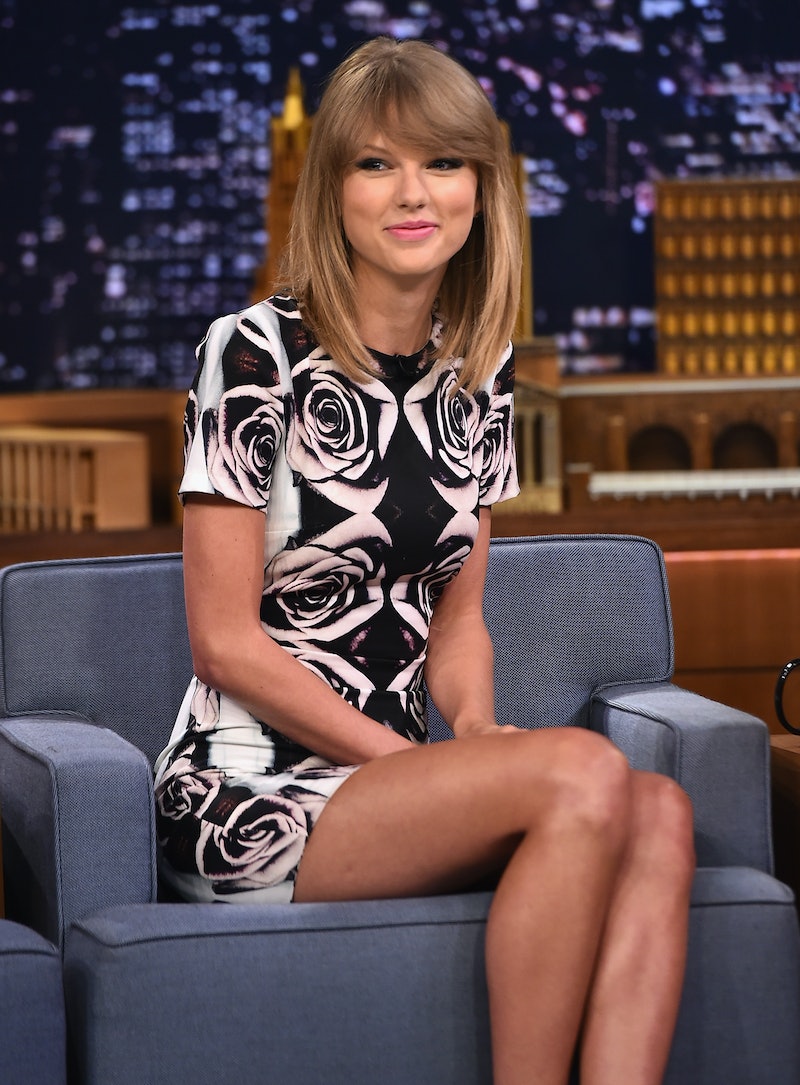 The Taylor Swift you once knew is turning over a new leaf. Part of that change means no more love songs. Gasp, I know. Who even is Taylor Swift without her signature songs about love? Well, it turns out she's pretty pro-girl power. Swift spoke to Fusion magazine about her new album and how she's in a different phase of her life. She explained that when she released her previous albums she "was very enamored by romance." But now she says, "At this point, I'm really just like, 'I wanna be with my friends!' I wanna define my life on my own terms. That's really my list of priorities now, which is different than it was a few years ago."

That's really exciting to hear, because unfortunately for awhile there T. Swift was defined by the men she dated and the men she wrote songs about. Hearing that she's moving beyond that a bit into a more self confident stage is empowering for herself and for her fans to witness.

She goes on to say that not only is she leaving that phase behind, but she's transitioning into a more girl power stage. A self-described "girl's girl," Swift says her new album was inspired by her time "surrounded by this great group of strong, beautiful, smart women who challenge [her] and push [her] forward."

Swift has been called a number of names over the years from a man-eater to immature.

I think we can safely say that this new side of Swift is neither of those things. Sure, there are still a lot of problematic things about her new video, but her new lease on life is not one of them. It's really inspiring to see Swift's renaissance and shift to a fun first, romance second attitude.

After all, that saying goes that you can't find love until you love yourself, and Swift seems firmly on the path to finding out who she is separate from her "Taylor Swift + Boyfriend" label. I, for one, can't wait to see what else comes out of this new chapter in her life.