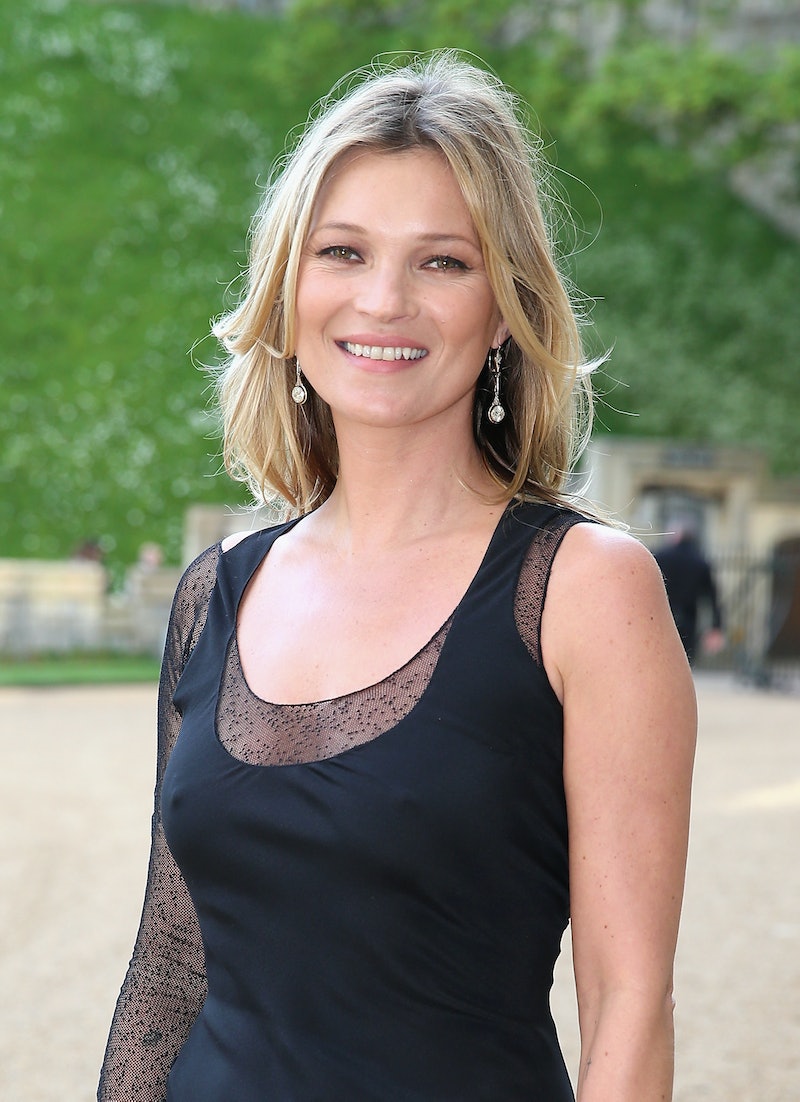 After 25 years working in fashion Kate Moss must be getting pretty bored. I mean, she's been on the cover of British Vogue 35 times. When you've had such a long and storied career, you have to find new ways to keep things interesting. Which might explain why a champagne glass that looks like Kate Moss' boobs was allowed to come into existence. I mean, why the hell not, right?

According to Fashion Times, Moss partnered with Mayfair restaurant 34 and artist Jane McAdam Freud to create the coupe in the image of her left breast. The result is surprisingly elegant, described in The Independent as an "intricate abstract design reminiscent of Art Deco symmetry which, when held at an angle, shows a beautiful curvy shape.” If I hadn't already known the coupe to be mirroring Kate Moss's bosom, I'd probably want to own one.

The first coupe-style glass was allegedly molded from Marie Antoinette's left breast and since the ill-fated French Queen and Kate Moss are cut from the same party-girl cloth it makes sense that the supermodel would carry on the tradition in our modern age. I can think of nothing more glamorous than sipping champagne from a Kate Moss coupe in a field beneath a Sophia Coppola-directed sunset.

But alas, the glasses are only available for use at 34 (where Moss celebrated her 40th birthday) and sister restaurants The Club at The Ivy, Daphne’s and Scott’s. I'm not about to travel to England to drink from Kate's boob glass, intriguing as the prospect might be, but if anyone else does, please write and tell me if the champagne somehow tastes more... fashion-y.