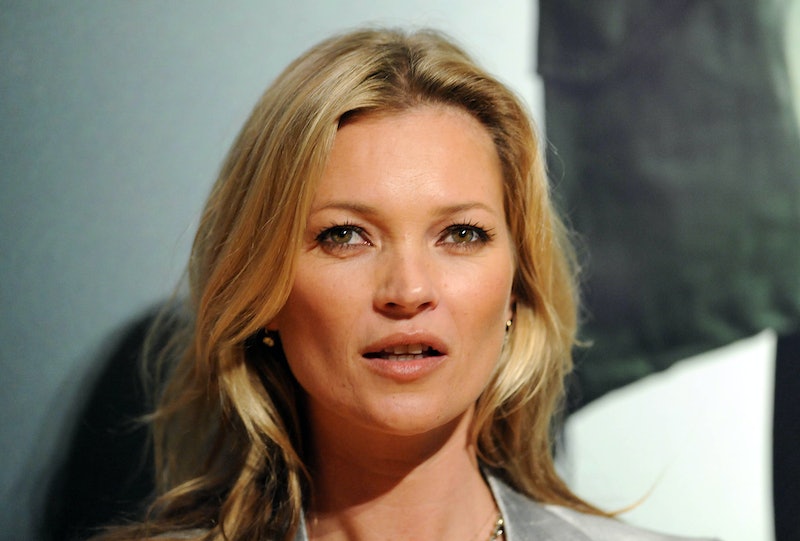 Kate Moss is unstoppable. She's still stunning at 40 years old and has lived nine lives in modeling years, from her cocaine-addled younger days to her current incarnation as a stylish mother and designer. Like any fashion royalty, she's been featured in Vogue a million times and her love affair with the fashion bible shows no sign of stopping. Moss will cover Vogue UK's May issue, making this the 35th time she's been on the front page in just 20 years.

Moss joined the masthead of Vogue UK as a contributing editor in 2013, so we're not surprised that the magazine shows continued enthusiasm for her as a cover star. And while the April issue of the magazine taught us that she may not be much of a music reviewer, the May cover proves she's still got it as far as posing for the camera is concerned.

Clad in a silver fringed jacket and star-spangled skirt that she designed for Topshop, a pouty-lipped Moss gives us an alluring stare over her shoulder, back turned to the camera. She delivers the joie de vivre and accessible coolness that we've come to expect from her as both a designer and a model. Her new collection for Topshop debuts later this month, the first Moss has created for the store since 2010. If the whole line resembles this cover ensemble, we can certainly start looking forward to her return.