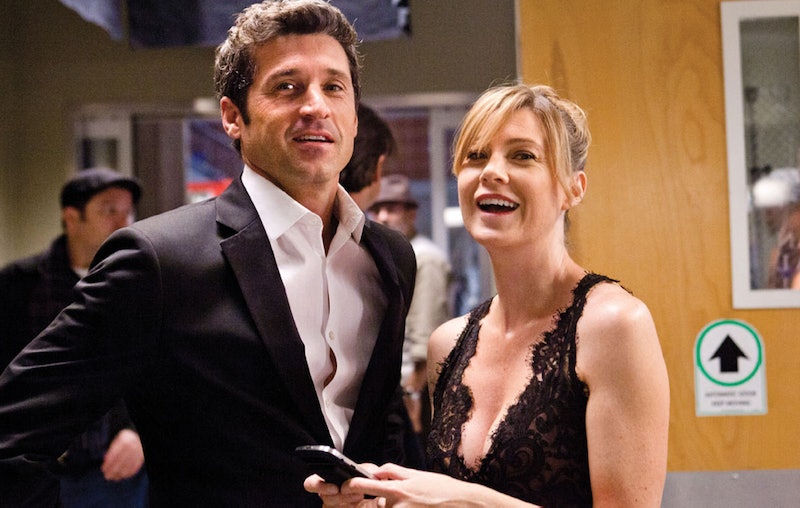 Going into the (oh dear lord) eleventh season of Grey's Anatomy, those who stuck it out past the ghost sex and the shootings and the plane crashes have pretty much seen it all. Meredith Grey, in particular, has seen more trauma and terror than most people see in twenty times. And yet Shonda Rhimes still seems physically incapable of resisting the opportunity of yet more heartbreak for Meredith Grey.

The particular heartbreak being teased at the moment is the potential break-up of long-time Grey's couple Meredith and Derek. Last season's finale saw them separated by distance — Derek to DC and a swanky new job, Meredith sticking around Seattle. But how far will their umpteenth marital troubles go? Rhimes told TVLine it could go anywhere:

I’m not going to say that Meredith and Derek are never going to break up. [...] People always say, ‘Seven seasons ago you said… ‘ Well, I didn’t think we’d still be here.

This is basically the showrunner equivalent of "nah nah nah nah nah nah." Rhimes has every power at her disposal to break up a couple who've put endless hours into making their relationship, their marriage, and themselves work — but she probably won't.

I was not interested in telling the story of a really good marriage that breaks up because of this. There’s work involved in keeping an amazing marriage amazing, and I would personally like to watch what happens when [they try] to fight through it.

To be fair, if she just said "Yeah, they're definitely staying together forever" it might take some of the tension out of the situation. But after more than ten seasons of a show it's pretty easy to spot showrunner trolling when it crops up, and this is that in spades. My money's on Meredith and Derek being perfectly safe — at least emotionally. Bodily harm and buckets of stress, however, are de rigeur for them. Poor kids.