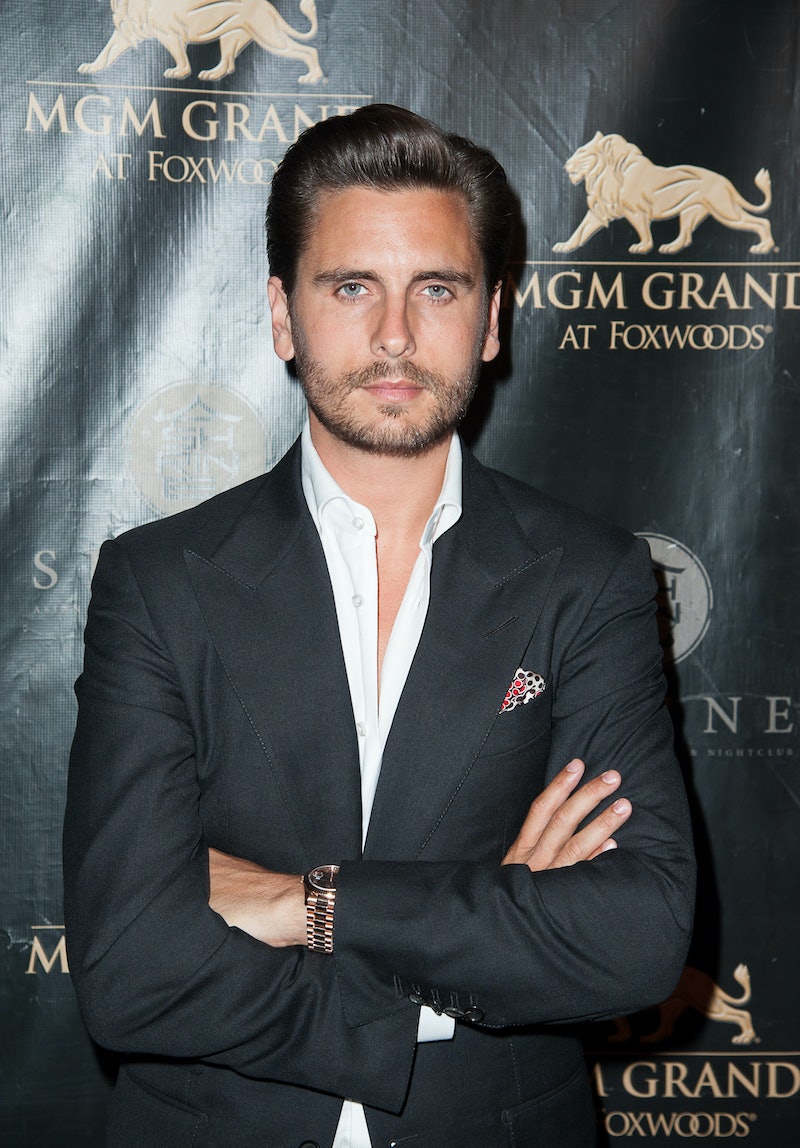 Ask just about anyone why they are still watching Keeping Up With The Kardashians after nine seasons, and they'll probably tell you it's because of Scott Disick. When she show first began, Scott wasn't anyone's favorite person. He was immature, drunk pretty much all the time, and was an absolutely terrible boyfriend to Kourtney, who obviously deserved way better. But over time, he grew up, became a father to two of the most adorable tots ever, and turned into the hilarious, sassy, and even responsible guy he is today. And when Kourtney, Kim, and Khloe bring the drama, Scott brings the comic relief — and his one-liners are flawless every time.

Scott's observations of the goings on in Kardashian World are often sarcastic and biting, and although nobody else gets away with talking to anyone in reality's favorite fam that way, his in-laws have come to expect it. Scott always manages to verbalize what I'm thinking when I'm watching KUWTK, only in a way funnier and meaner way. And when it comes to Kim? Aside from their night on Chat Roulette, she and Scott don't exactly get along... and like it or not, he usually serves as the reality check she needs. There is no one human who exists who is able to put Kim Kardashian in her place quite like Scott does — and Lord Disick always does it in style.

Here are just a few of the times when Scott has successfully told Kim exactly where to stuff it.

This is obviously one of the best Scott moments in the history of KUWTK. Why are celebrities always getting free stuff that they could totally afford?

Remember when Kim was going through her divorce with Kris Humphries and wanted to try out a new look? The wigs she chose were not a good look, and Mason was the first to inform her that she looked scary as hell — and his dad quickly stepped in to defend him.

"She honestly looks like Chucky, and she is scaring my child," Scott said.

Scott's quips aren't limited to when the KUWTK cameras are rolling. He's willing to put in a little extra work on Twitter, too.

Honestly, this is the look we all had when Kim was with Kris.

And, um, speaking of that short lived marriage...

When he wishes a cranky baby on Kim and Kanye

"I can't wait 'til her baby is crying and not having an easy time." Give 'em hell, North!

And his comments on the curse of the Kardashian butt.

But eventually, Scott was able to accept Kim for the HBIC she is