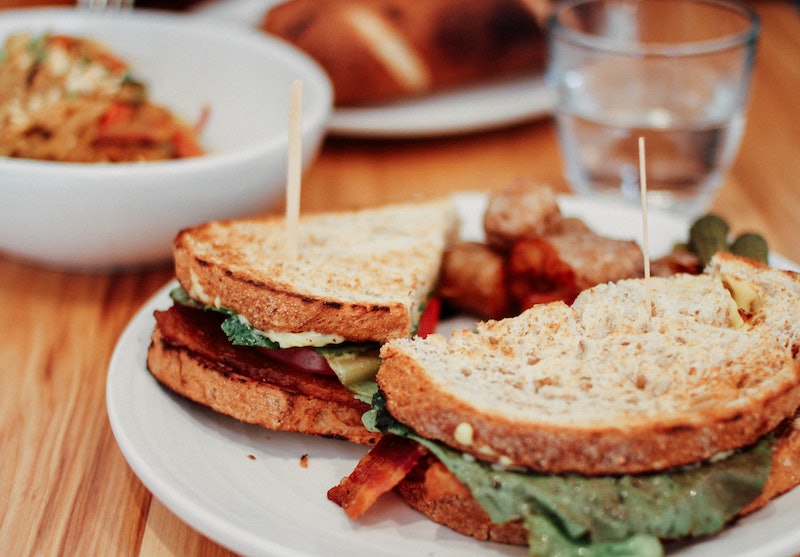 Since I work from home, I never have to deal with anyone stealing my lunch (unless my cats suddenly grow opposable thumbs and figure out how to open the fridge — although of that happens, I imagine I’ll have bigger problems to worry about). The guy or gal at this office with a fondness for turkey and swiss on rye, however? Isn’t so lucky. It’s a time-honored tradition in workplaces everywhere to confront food burglars with passive-aggressive notes, so naturally, that’s what the victim opted to do; but the results from that single note? Turned out to be unexpectedly epic. All I can say is, that’s certainly one way to deal with a sandwich thief.

I spotted this magnificent exchange on Reddit last night, and by the time I woke up this morning, it had spread far and wide thanks to the glory of the Internet. As is the case with pretty much everything else on the Internet, there’s a strong chance this epic battle is nothing more than a hoax; it doesn’t take much time or effort to print out a whole bunch of signs, take photos of them in a strategic location (i.e., your home fridge), and arrange them into an Imgur album. Also, the original sandwich owner looks like he or she is writing in Comic Sans — and even after the font's grown-up makeover, we all know how the Internet feels about Comic Sans. Even so, though, it’s comedy gold; as such, I can’t very well not share with all, now, can I?

The whole thing starts innocently enough: After suffering one too many sandwich thefts, the owner of the purloined turkeys and swiss does what any disgruntled office employee does and leaves a note on the fridge for the dastardly lunch villain:

However, things quickly take a turn for the dramatic:

Wow. That’s one ambitious sandwich thief. Will threatening to get HR involved help the situation?

What about actually getting HR involved?

No dice. Indeed, it may have actually made matters worse:

Gasp! What kind of monster would do such a thing?!

Happily, though, the sandwich thief gets his comeuppance in the end; check out the full exchange in the album below:

Justice… has been served. Pun very much intended.

In parting: You stole my sandwich? We still coming.