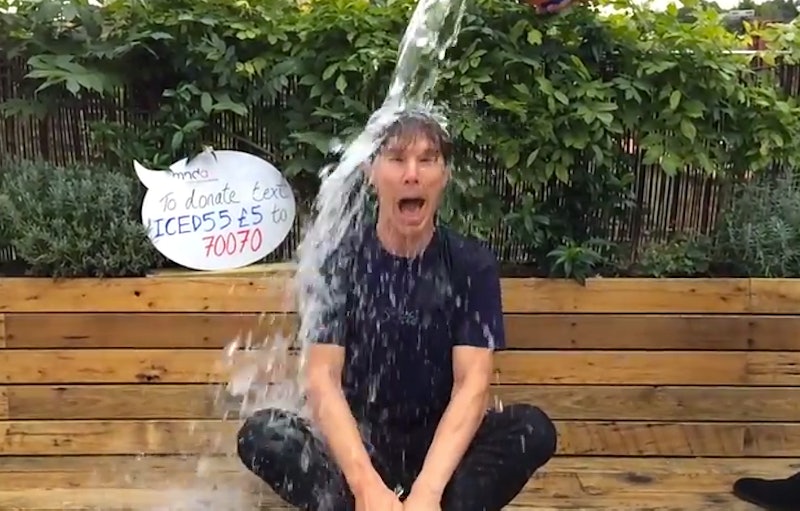 After Tom Hiddleston graced the Internet with his abs — I mean, his Ice Bucket Challenge — many people started wondering: when will B. Cumbs douse his body with ice cold water? After waiting patiently, it has — at long (two day) last — arrived: Benedict Cumberbatch's Ice Bucket Challenge video. And in case you were worried that it wouldn't live up to all of your wildest Cumber-dreams, fear not: Cumberbatch gets iced not once, not twice, but many, many times. And oh, his facial expression is amazing. Every. Single. Time.

This video brings the Ice Bucket Challenge to a whole new level. Cumberbatch has made a two-minute epic tale of a man who does the Ice Bucket Challenge, but then continues to get iced every where he goes, whether it's in the shower or when he's donning a suit. It's sketch comedy gold — and for a good cause, too! And, yes — there's plenty of abs. Gird your loins, Cumber-fans.

So prepare yourself to bid adieu to your day, since you will want to watch this over and over again. But first! Let's go through the many times he gets Cumber-iced — because there are multiple, and they're all glorious. Be still your beating heart.

That face. Those abs.

You can watch the whole thing below.