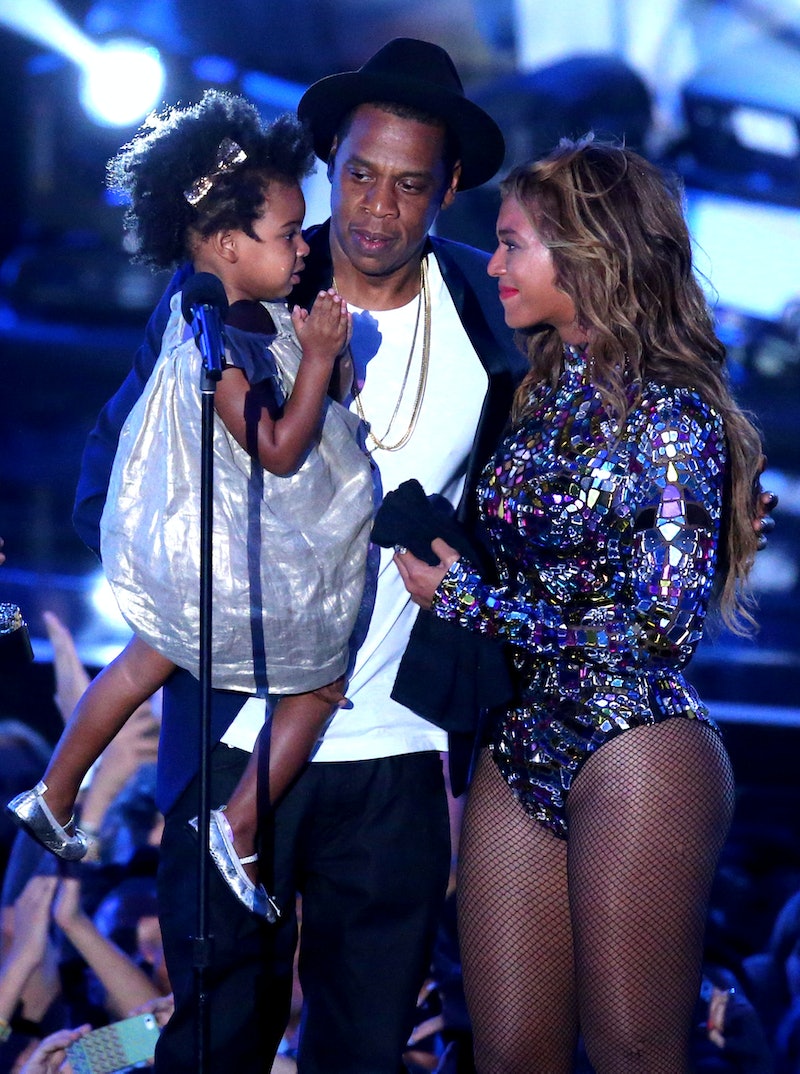 The lead up to this year's MTV Video Music Awards was full of speculation in a way that we haven't seen before. While no one knew that Britney Spears was going to kiss Madonna, that Kanye West was going to interrupt Taylor Swift's acceptance speech, or that Miley Cyrus was going to force us all to look at foam fingers in a new light, this year, we all had something to look forward to. You know what I'm talking about: Beyoncé's VMA performance. And let me tell you, it didn't disappoint. (Well, unless you were hoping she would announce that she was divorcing Jay Z, but that means you're heartless.) There was a lot to ay with her set, but one of the best parts was Blue Ivy dancing to Beyoncé.

Rumors began in the week leading up to the VMAs that Beyoncé would address reports that she and Jay Z were getting a divorce during her performance. Of course, it was unclear whether she would actually do this since an anonymous source was the one to make the claim. Turns out, the gossip was, in fact, confronted. After Beyoncé finished performing, Jay Z took to the stage along with Blue and presented Beyoncé with the Video Vanguard Award. Beyoncé then kissed and thanked her "beloved" Jay Z. That was all well and good (and likely made you a bit teary if you've been following the breakup reports), but the cutest way the rumors were confronted was by having Jay and Blue sit in the front row. I'm not saying that Blue and Jay were playing a part — Omg, were Blue and Jay playing a part? Are they still getting divorced?! Don't tell me! — but Blue did look adorable bopping along to her mama's music in a way that said, "We're a really freakin' happy family and my mom is kickass."

Here's Blue dancing along with her dad:

If I'm not mistaken, she was doing the "Single Ladies" hand move. And it's AMAZING.

And, I assume, looking astounded at those glittery butts:

They were pretty shocking.

And doing some choreographed moves:

She had pre-planned moves to "***Flawless" and Jay Z was digging it.

Blue Ivy is the Olivia Pope of Beyoncé's life. She just SHUT THOSE RUMORS DOWN.