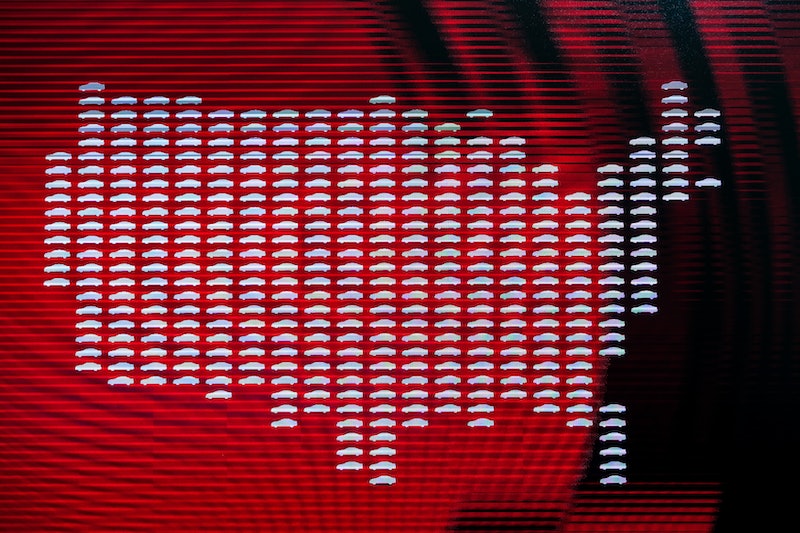 America isn't perfect, as our history can attest — slavery, the Trail of Tears, Ferguson. And that's exactly what the College Board wanted to reflect in its new Advanced Placement (AP) U.S. History curriculum, because it's the truth. But some Republicans are against the new AP U.S. History course, claiming that it's inaccurate, radical, and politically biased. In essence, what they're claiming is that the new AP course is un-American, and that it should focus on our country's achievements. But history classes aren't PR campaigns, and there's nothing un-American about facing the truth and learning from your mistakes.

Like an episode out of some 1950s McCarthyist manual, conservative Republicans like Peter Wood, Glenn Beck, and the Republican National Committee are attacking the new AP U.S. History course for promoting a critical view of the good old U.S. of A. According to Jane Robbins, education fellow of the conservative American Principles Project, and Larry Kreiger, a retired AP U.S. History teacher, the new curriculum presents a "consistently negative view of the nation's past."

The College Board is not taking the criticisms sitting down. In a statement to the LA Times:

Many of the comments we have heard about the framework reflect either a misunderstanding of U.S. history or a very limited faith in history teachers' command of their subject matter.

The curriculum is, after all, just a framework. It's the teacher's responsibilities to flesh it out however they see fit.

And encouraging critical thinking isn't the same thing as imparting specific opinions and perspectives. The goal, according to the College Board, is to have the students come to their own conclusions by exploring larger themes, rather than memorizing the same dates and names they have been since elementary school. Under the new curriculum, students are assessed on their understanding of "big ideas" like Identity, People, Politics and Power, and America in the World. And some of those big ideas relate to the uglier side of American history.

Conservatives are campaigning for the College Board to change its curriculum before school commences, when 500,000 enrolled students will be taught this new "un-American" course. The Republican National Committee is even urging Congress to defund the College Board until the course can be rewritten "without political bias." A breakdown of some of the major changes...

While our elementary school teachers may have used historical events to illustrate American democracy and other founding principles, the new curriculum reveals the whole truth. For example, the section on American colonialism talks about a "strong belief in British racial and cultural superiority" while Manifest Destiny reflects "a belief in white racial superiority and a sense of American cultural superiority."

Stanley Kurtz, a columnist for the conservative magazine National Review, wrote that interpreting Manifest Destiny and American history in this way effectively:

... forces teachers to train their students in a leftist, blame-America-first reading of history, while omitting traditional treatments of our founding principles.

In the new curriculum, some key figures like Benjamin Franklin and Thomas Jefferson don't make appearances, while George Washington is mentioned in just one sentence. In their defense, the College Board reminds the critics that the curriculum is for a college-level course; it's not the students' first U.S. history rodeo.

Upon reaching AP level, students are expected to already be on familiar terms with the Founding Fathers. What the new course aims to do is have the students take the historical facts they've accumulated over the course of their education and apply it to larger discussions while developing their own points of view on American history.

Some people did not take kindly to these omissions. John Aman, Director of Communications of Christian organization Truth in Action Ministries, wrote for WND Education that in place of the Founding Fathers, the new curriculum depicts early European settlers as villains who disrupted the Native American society, brought "widespread deadly epidemics," a "caste system," and slavery.

The Real Truth About War

Another major complaint with the new AP course is its discussion on war, which forgoes the usual heroic tone used to perpetuate the patriotic values. Instead, it encourages the students to look at the conflicts from all sides. For example, the framework suggests discussing "wartime experiences, such as the internment of Japanese Americans, challenges to civil liberties, debates over race and segregation, and the decision to drop the atomic bomb [which] raised questions about American values."

But Ken Mercer, a member of the Texas School Board and a Republican, refuses to teach all this "negative stuff" in his classroom. For him, American history is about patriotism, and there's nothing more patriotic than winning wars.

"Those great generals in the Civil War, crushing Germany in World War II, that’s all that really stands out to me," Mercer told Vice. "There’s nothing in [the curriculum] about our military and all those victories."