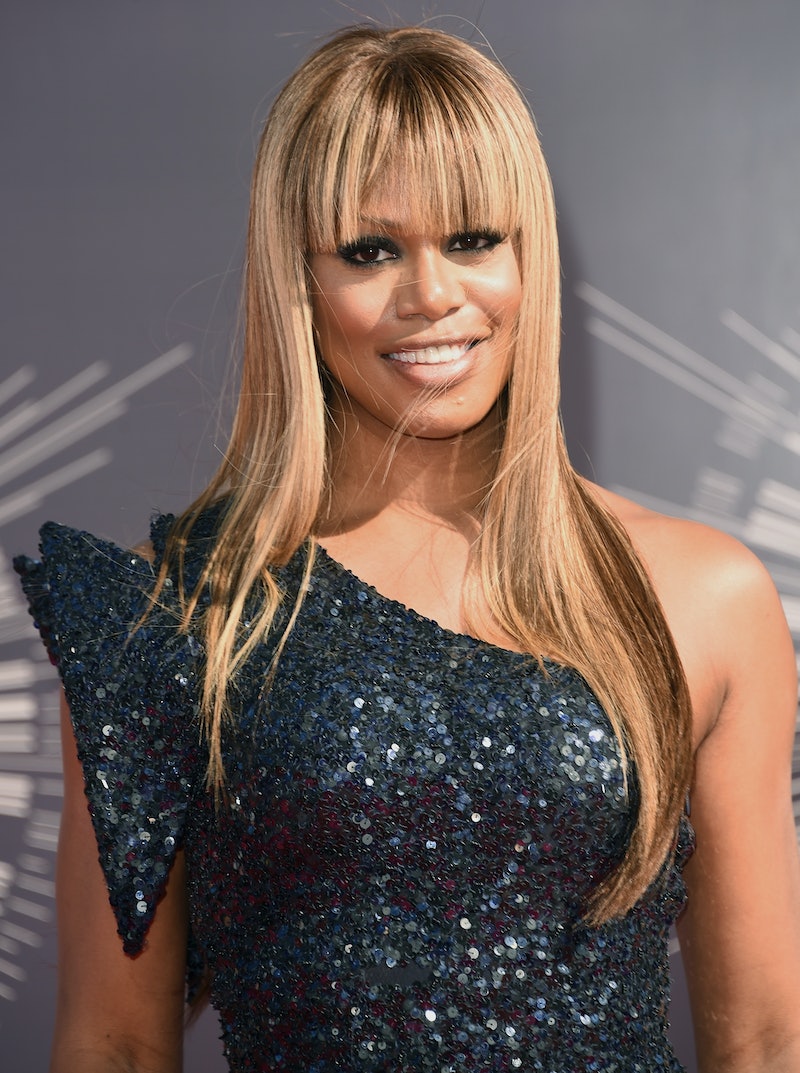 When Orange Is The New Black cast actual transgender actress Laverne Cox to play transgender inmate Sophia Burset, we all knew it was a pretty big deal and massive step forward for LGBTQ rights in the entertainment industry. And, unsurprisingly, she's also become a major style icon during her rise to fame. At the 2014 VMAs, Laverne Cox wore a sassy, sequin mini dress, and looked as amazing as ever.

Designed by Marc Bouwer, the navy number shows off Cox's stunning legs, and I'm basically obsessed with the structured shoulder detail. It's kind of an amazing combination of classic glamour and fantastically futuristic alien couture.

Cox and her OITNB co-stars Taylor Schilling and Uzo Aduba teamed up to introduce Usher, getting a little bit into their respective prison characters in what was probably one of the least awkward things to happen at the awards show Sunday night (really, Kylie Jenner?) And if this is how hot Cox looked for a red carpet where she wasn't even nominated, I can't wait to see her outfit Monday night at the 2014 Emmy Awards. Though Aduba already won the Best Guest Actress Emmy she and Cox were both nominated for, OITNB still stands a pretty good chance of winning the Best Comedy award.

And those bangs?! You're perfect, girl.