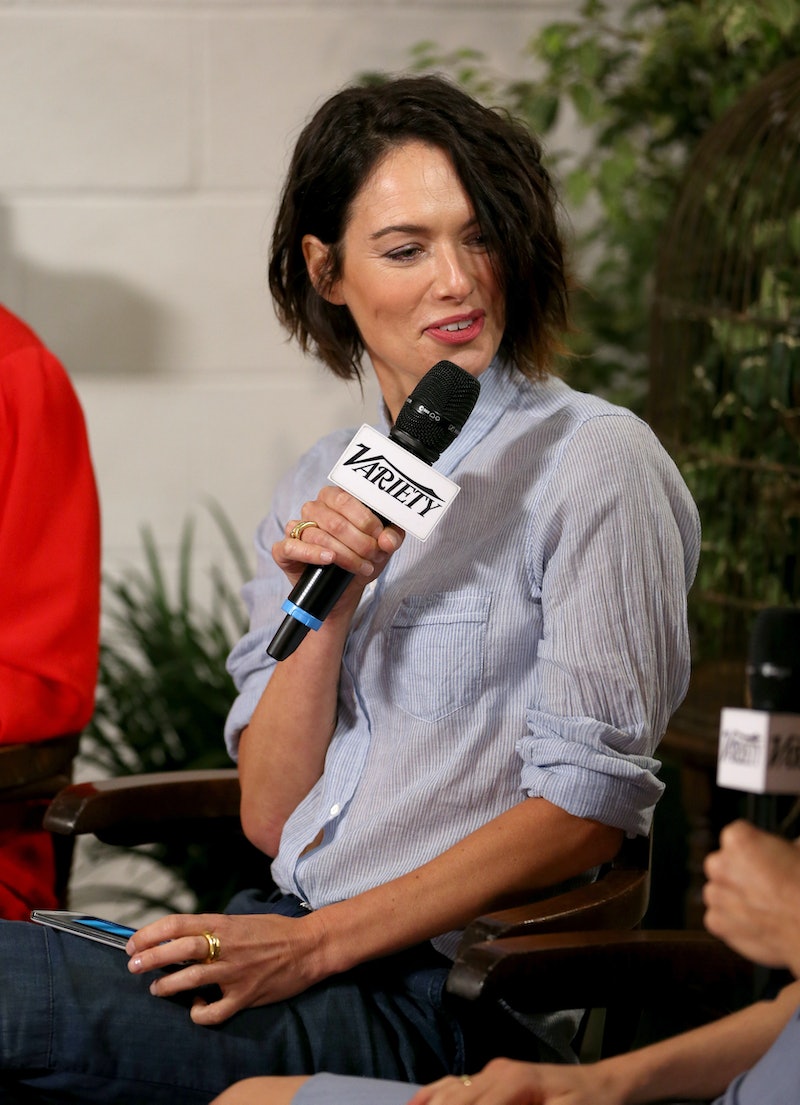 Spoiler alert for Season 5 of Game of Thrones — sort of. There's an upcoming scene that features Cersei (Lena Headey) appearing totally nude, and Gawker has noted that the church where Game of Thrones was filming does not want to show those breasts, which is ludicrous. But what's Westeros to do? Apparently this is a crucial scene in A Dance With Dragons (Fsigh — I'm not a book reader, and now I know what's happening), so producers have got to figure out an alternative solution. If Season 5 is postponed, all seven hells will break loose.

TMZ reported initially that the Church of St. Nicholas in Dubrovnik, Croatia has a strong policy that prohibits sexuality to go on fully display — so obviously, nudity was a no-go 'cause nudity means "SEX SEX SEX SEX." But what was that church thinking would happen when they agreed to let Game of Thrones film there? Were they thinking, "Game of Thrones — G-rated religion party?!" Obviously, those folks have never seen an episode of Game of Thrones before. Get on that pop culture train, guys!

Fans of the series would be incredibly displeased if they learned that another seminal moment from the book was cut from their show (no one was happy to learn that Lady Stoneheart was axed from Season 4). But it's Game of Thrones — surely they'll find a new place for their nudity. A fully clothed Game of Thrones? You can hear the producers laughing out loud hundreds of thousands of miles away.