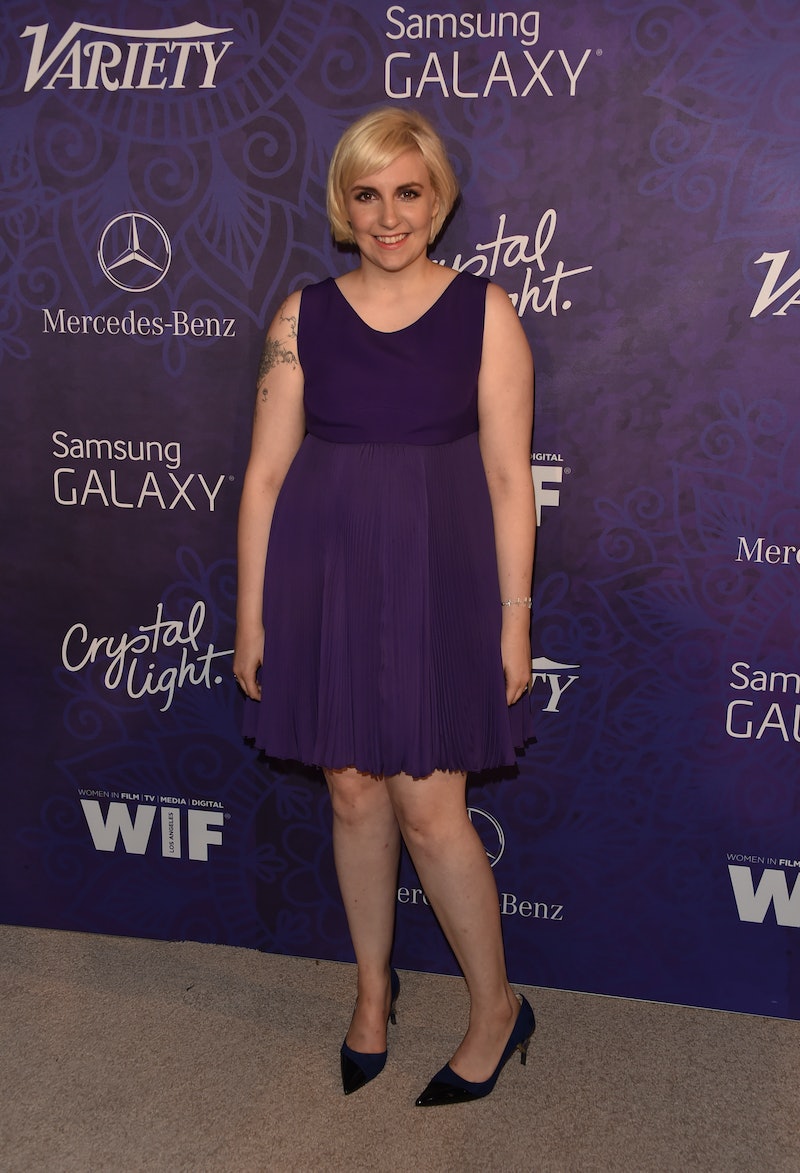 Attention, Lena Dunham fans, it's time to get excited. The 28-year-old actress and screenwriter's memoir is coming out in just about a month, and to tide us over until then, an excerpt from the book, Not That Kind of Girl, has been published in The New Yorker . Like I said, get excited.

Dunham's memoir will take the form of personal essays that promise to be great for readers of Nora Ephron, Tina Fey, and David Sedaris. So far, details are hush beyond the cover and what can be found on the Amazon page. But now we have an except, and if this essay is any indication, the memoir ought to be pretty damn good.

The piece, titled "Difficult Girl," focuses on Dunham's relationship with her mother and the mother-figures she found in therapists while growing. In the essay, Dunham recounts her childhood troubles with hypochondria and OCD, and how they landed her in therapy, thus beginning a long history of female shrinks and the complicated roles they play in Dunham's emotional life. The piece focuses almost exclusively on Dunham's relationship with other female figures, as one would expect from the creator of Girls. It explores identity, the inner life, and the process of growing up. It manages to be about, among other things, her relationship with her mother while talking about her mother hardly at all.

In other words, it's the sort of thing that makes me feel the need to consume more work by Lena Dunham. If nothing else, it's just refreshing to see the topic of mother-daughter relationships and the search for a mother figure get taken as seriously as the father-son versions.

So will the upcoming book provide us with more details about her therapy sessions? Will it delve into more detail about her relationship with her mother? Will we learn more about her childhood? Her OCD? Or will most of the book focus on her rise to stardom?

The only way to find out is to read the book. But while we wait for it to come out, you can (and should) read the excerpt in its entirety.