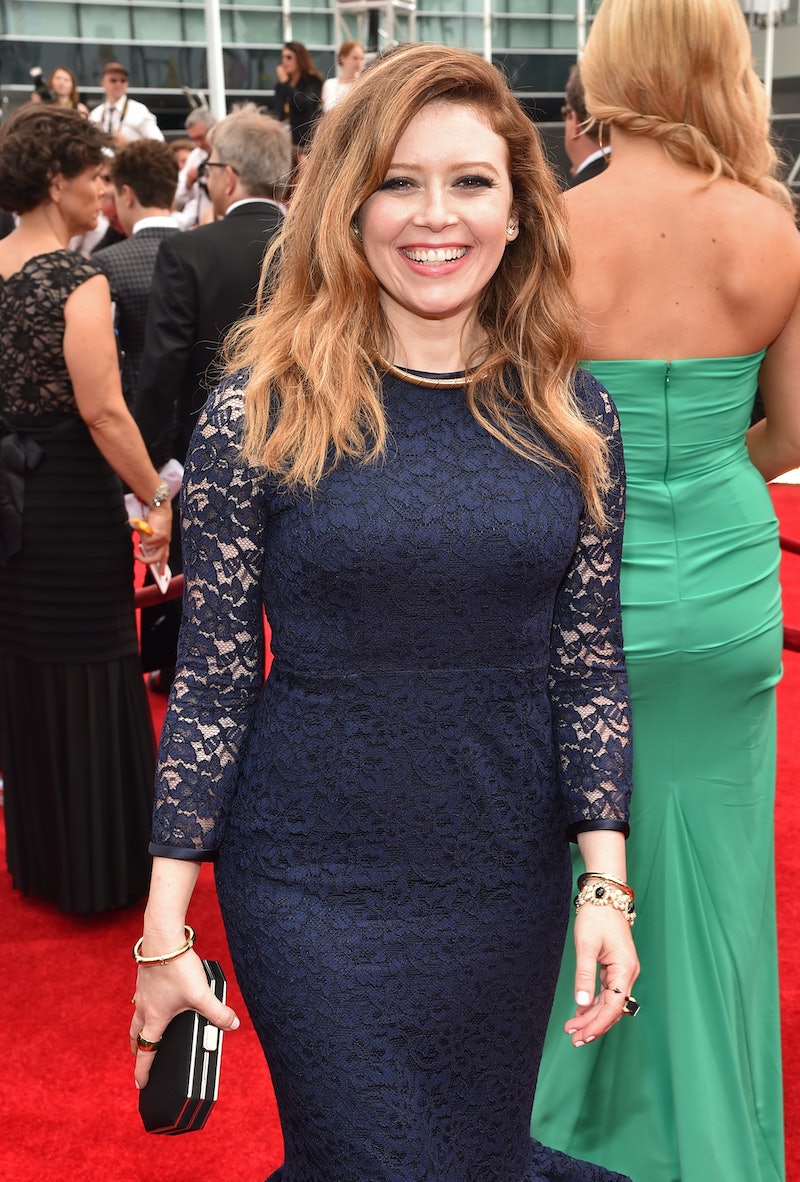 Ever wonder what it might look like if the Orange Is the New Black inmates took on the red carpet at the Emmys? Wonder no more, because Natasha Lyonne is exactly like her OITNB counterpart, Nicky Nichols. When the redheaded actress sidled up to E! red carpet host Ross Mathews before Monday night's festivities, her interview revealed that all of our dreams are coming true. The woman who brought Nicky to life is just as wonderful (and just as much like her fiery character) as we always hoped she would be.

First of all, the hair. You wouldn't think Nicky's prison chic mane would be an ideal style for an awards show, but Lyonne pulled it off perfectly. It's huge, it's a little messy, and it looks absolutely gorgeous on her. And as far as her raspy, tell-it-like-it-is style of speaking? That's all Lyonne, too. While Kate Mulgrew might put on her Russian accent when she's in character as Red, her OITNB "daughter" seems like she's pretty much in character all the time. Don't believe me? When Ross asked her who she was texting, her reply was, "I wouldn't worry about it. This is not a G-rated text message." Yeah, that says Nicky all over it.

Even when she talked about her dress (and slight wardrobe malfunction), Lyonne's way of speaking was refreshingly crass, and I could totally see her sitting down next to Ross to explain the difference between the pee hole, and, well... other holes right there on the red carpet, just as easily as she does on OITNB set.

Should Nicky ever decide to attend a formal event, her lacy blue Opening Ceremony dress (which she described as "a professional dress," in true Nicky fashion) would make a perfect pick. She looks gorgeous. Fingers crossed for a zillion wins tonight!