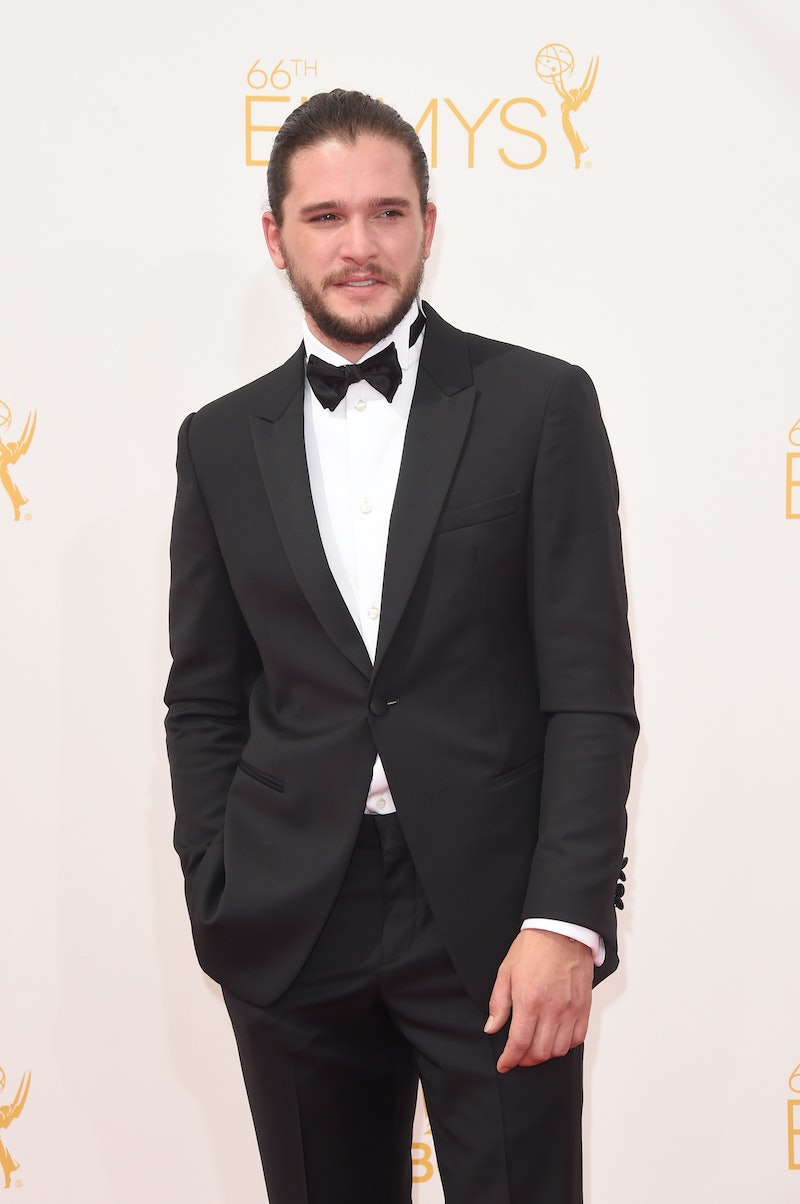 Oh, Kit. Oh, man buns (not the kind you're thinking of, unfortch). Kit Harington may complain about the long hair he's forced to sport in order to play the ever-brooding (and ever fur-cloaked) Jon Snow on Game of Thrones, but it looks like he's learning how to get creative. Creative in the sense that he's currently walking the red carpet of the Emmy Awards sporting a freakin' man bun.

And hey — it makes sense that he's willing to take some risks, hair-wise... after all, castmate Sophie Turner (AKA Sansa Stark) recently revealed that Kit is actually quite vain when it comes to his mane: according to her, before premieres (and the Emmys, no doubt) he can be found "in the mirror, curling his hair, putting ringlets in his hair."

Well, it looks like today he decided to eschew his signature ringlets for a bun! Expect to see them everywhere, soon: because I have a feeling (not sure if it's a good one or a bad one yet) that it's going to be a trend we'll be seeing a lot of. After all, my college freshman/very-fashionable/hipster-esque cousin (he'll kill me for saying that, but seriously, come on dude you work in one of those uber-trendy coffee houses) is growing his hair out with a man bun as primary goal. And now that Kit Harington's jumped on the bandwagon?

Yup, it's pretty much game over.