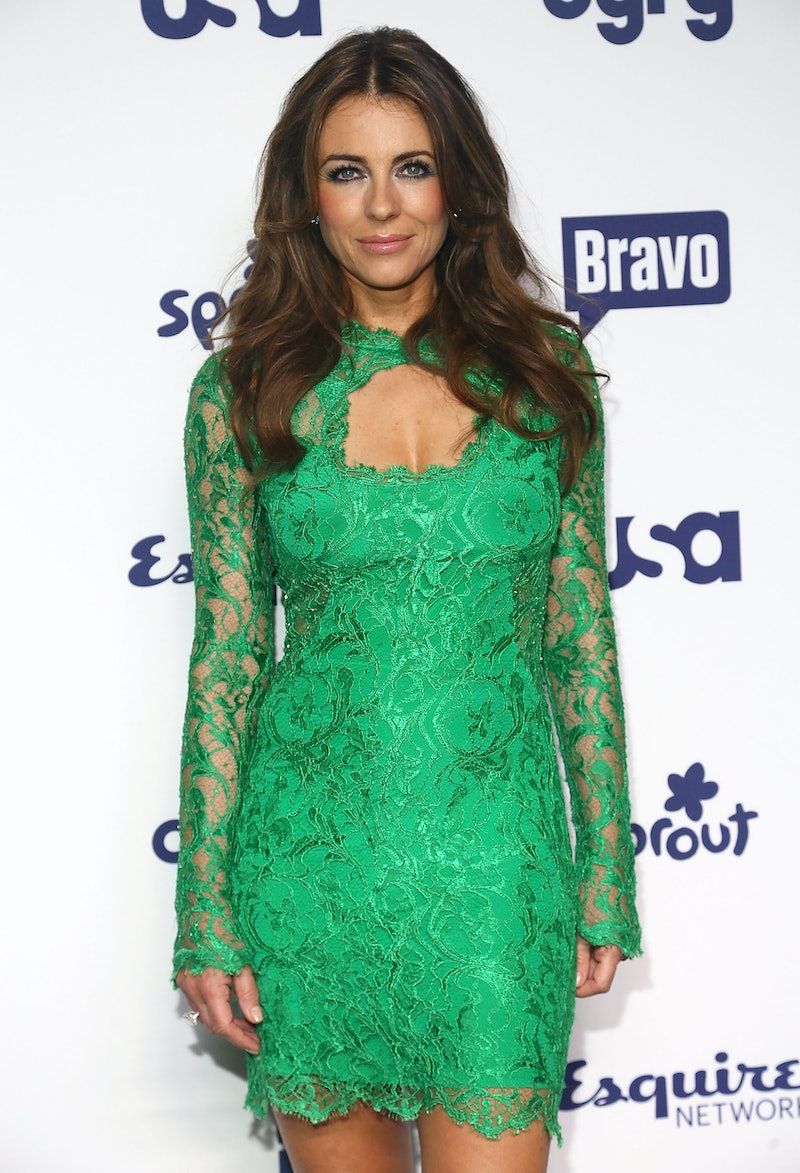 I hope everyone enjoys the Emmys this year, because next year, there will be no point in watching — I already know who will win every award. The trailer for The Royals , E!'s first scripted series, premiered during the Emmys red carpet, and around this time next year its cast will be preparing to make all of the acceptance speeches. Okay, that probably won't actually happen, but if there was an awards show for the craziest TV series, The Royals would blow the competition away — if there even was any competition.

The series will star Elizabeth Hurley as Queen Helena, yes, I said Queen, because as the title implies, The Royals is about the British royal family. Of course the one time we actually wish an E! reality series existed, it's scripted. I would trade my soul to Ryan Seacrest for a reality show about Kate Middleton. But instead of William, Kate, Harry, and the rest, we get Helena, Liam, Ophelia, and more.

Based on the trailer, The Royals will focus on all of the drama and crazy antics that surrounds this fictional royal family, which makes me think the show is based more on the American royal family (that'd be the Kardashians, just admit it), than the actual royal family. Check out the trailer below.

Crotch shots, relationships the family is against, drunken revelry, paparazzi, dramatic crown-sliding, what else could you want in a TV show? I don't know guys, if The Royals is as crazy as I think it's gonna be, E! might be able to stop filling its schedule with nonstop Keeping Up with the Kardashians marathons and actually air a variety of programming.

And maybe, just maybe, if we're really lucky, Kate Middleton will become a fan and decide she wants in. Seacrest, my offer stands.

More like this
How Lady Gaga & Adele Are Closer To The EGOT All Of A Sudden
By Jake Viswanath
What's New On Netflix: A Third '365 Days' Movie & Lili Reinhart’s New Film
By Arya Roshanian
What’s New On Netflix: 'Never Have I Ever' & 'Indian Matchmaking' Return
By Arya Roshanian
Everything To Know About The HBO Max & Discovery+ Streaming Service Merger
By Brad Witter
Get Even More From Bustle — Sign Up For The Newsletter