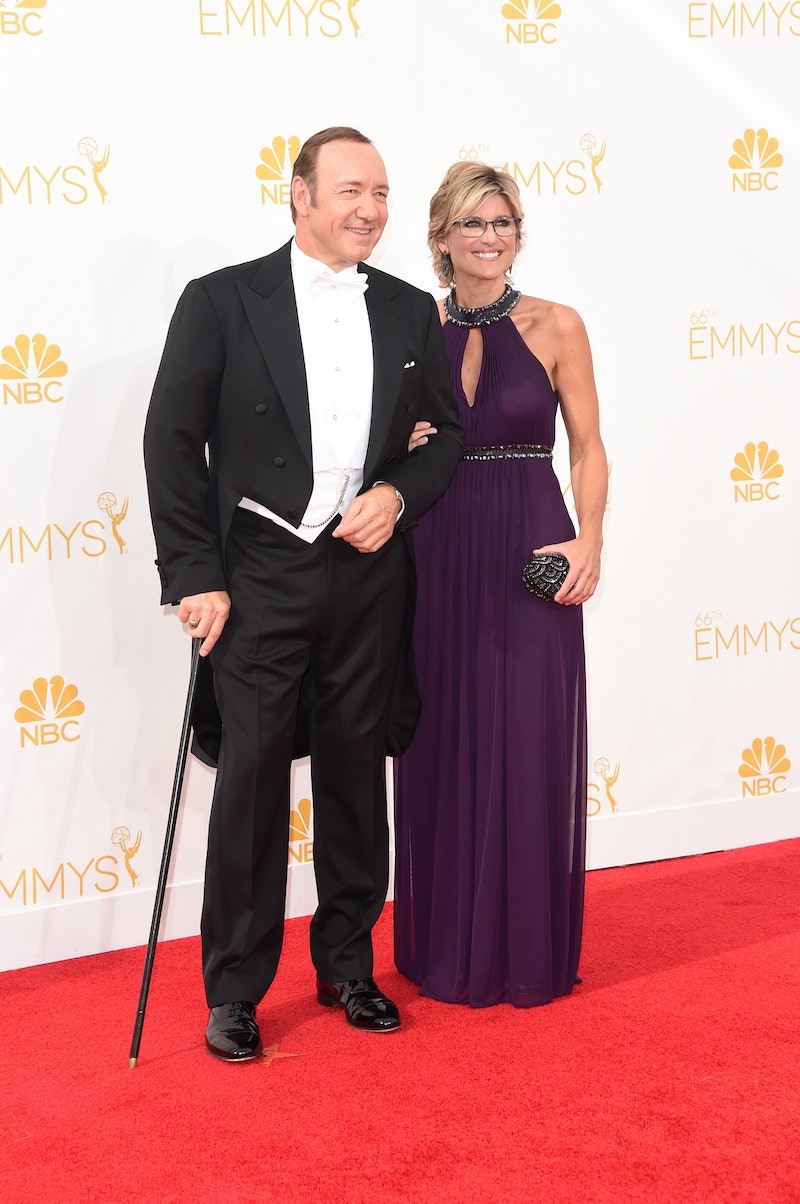 There were a lot of familiar faces out on the Emmys red carpet Monday night, but one that may have confused you a bit is Kevin Spacey's date. She looked a little familiar, didn't she? Well, her name is Ashleigh Banfield and she is actually a CNN journalist who hosts her very own daytime news program Legal View with Ashleigh Banfield. Hmm, getting friendly with a reporter… Why does that sound oh so familiar? Perhaps Spacey is trying to have life imitate art a bit? Yes, this definitely sounds like someone Frank Underwood would like to be seen with in both a professional — and personal — sense.

But it goes even deeper than that. Many hardcore House of Cards fans may remember Banfield's brief but very memorable cameo appearance on the Netflix series, where she played the news reporter who interviewed Claire where it was shockingly revealed that Mrs. Underwood had undergone an abortion after being raped by her boyfriend at the time. Yup, that was Banfield!

Perhaps that's how the two first met? Maybe she's been giving him her very own political insight? Either way, it's clear that now-President Frank Underwood would definitely approve of this union. And just in case you need one more piece of evidence to prove Banfield's greatness — she also appeared as an anchor (sensing a pattern here) on Breaking Bad ! That's right, she can be found in the first episode of Season 3. What I'm trying to say here is, keep on eye on this one, Spacey. She's a keeper!

More like this
How Lady Gaga & Adele Are Closer To The EGOT All Of A Sudden
By Jake Viswanath
Does 'Locke & Key’s Ending Mean There Could Be A Season 4?
By Sophia Moore
'The Simpsons' Will *Finally* Address How They “Predict The Future”
By Sam Ramsden
Netflix Just Rebooted A Classic ‘90s High School Drama
By Maxine Harrison
Get Even More From Bustle — Sign Up For The Newsletter