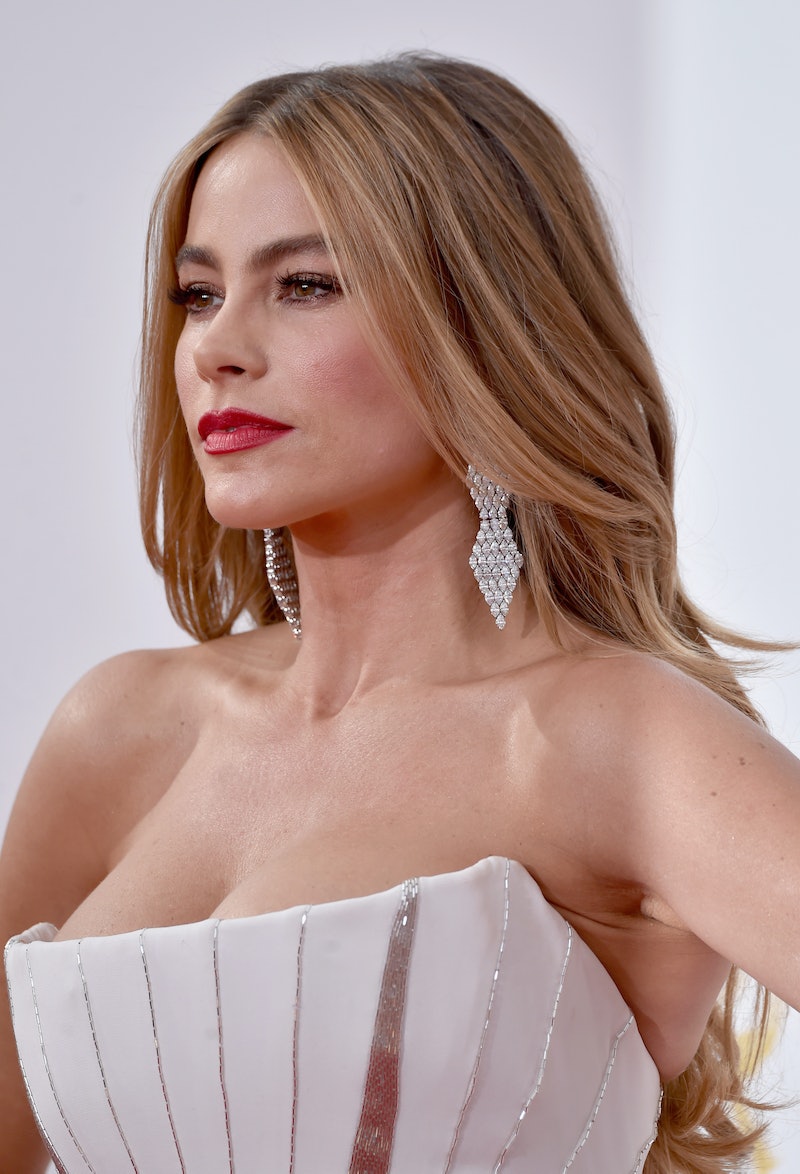 There have been more than a few missteps during the 2014 Emmys broadcast. There was that awkward Weird Al number, the time Stephen Colbert talked to his imaginary friend Roscoe, and the moment when Gwen Stefani was the uncoolest she'll ever be (#ColbortReplo). But then, there was the moment the writers had to have known would be awful: Sofia Vergara was ogled on a spinning pedestal while the President of the Academy said some stuff that people usually ignore. Yes, that actually happened.

It was supposed to be funny. You know, because we're too dumb to listen to "important" stuff, unless we've got "something compelling to look at." What's worse, is that the "important" stuff being said was about diversity in television, and yet, there was a beautiful Colombian woman being shamelessly objectified to the nth degree. While the president of the Academy is preparing his next speech, he might do well to look up the word irony. You know, just for shits and giggles.

This little schtick, after which Vergara joked "this is why I stopped being a car model" (you know, the job wherein women are praised for no other reason than the fact that their bodies help to sell cars) was the nail in the coffin of a wildly awkward telecast.

Just listen to these smart, talented ladies on Twitter:

And this guy, who won't defend "humor" as an excuse for sexism:

And Vulture's Twitter, which helped remind us that the VMAs did better:

Sure, no one ever listens to the Academy President's speeches — they are known as "bathroom break" time in my house — but putting a beautiful, talented woman up on a spinning platform and subjecting her to the male gaze as a way of selling a message is one way to ensure that we don't bother paying attention next year either.