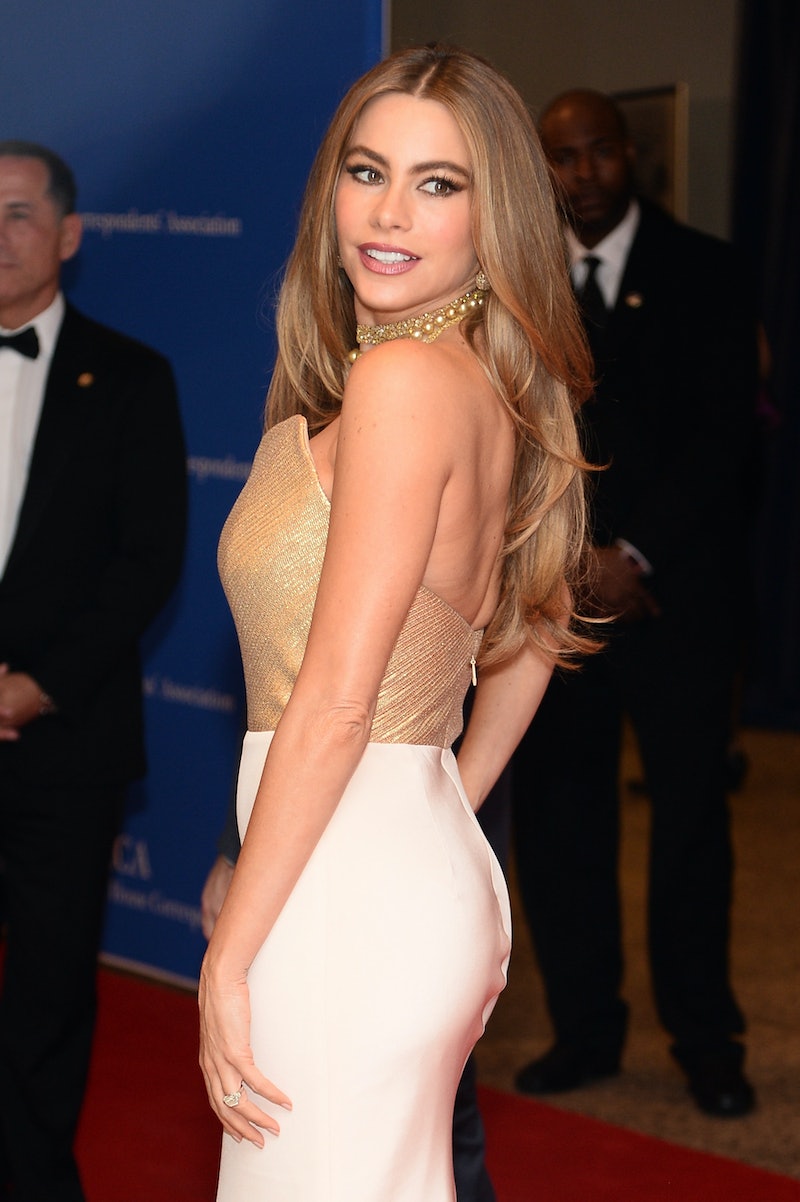 Break out the balloons and champagne. It looks like Sofia Vergara has plenty to celebrate this week! In addition to Vergara's new relationship with Joe Manganiello, her show Modern Family was nominated for several Emmys Thursday morning, including Outstanding Comedy Series. Oh, and most importantly, that same day was Vergara's birthday! The actress turned 42. No, seriously! She's actually in her 40s. Who would have thought? Especially since she plays Jay’s much younger wife on the show. Do you think she can share her anti-aging secrets?

Anyway, since it's impossible to get a gift for the woman who has everything (Joe Manganiello, enough said), instead I decided to take a look at her greatest Modern Family moments. Gloria Pritchett is hands-down one of the best characters on the show. Even though she sometimes (okay, a lot of the time) mispronounces words and mixes up phrases, she isn’t afraid to speak her mind. She’s loud, fun, and hilarious. She enjoys dancing and singing — even if she’s not great at the latter. And above everything else, she loves her family.

Here are seven reasons Modern Family just wouldn't be the same without Gloria:

She's a great wife to Jay.

So what if she didn't believe him that time when he felt sick and wound up with appendicitis? She's just a tough chick who doesn't rush to the doctor for every little thing.

She's an amazing mom to Manny.

Gloria encourages him to be who he wants to be. Poncho, flute, and all! But she also makes sure he does this at home, so he doesn't embarrass himself at school.

She loves to sing her heart out.

Sure, she may be really off-key, but why let that stop her? Karaoke is more about having fun than actually sounding good.

It takes guts to set aside your pride and learn something new. She let Phil teach her how to rollerblade. Same goes for when Luke helped her ride a bike.

Okay, it's not the best driving advice. She's actually a really awful driver. But in other situations, this quote woud count as words of wisdom.

She'll do anything to prove a point.

Like crawling on the floor to prove to Jay that Stella loves chewing on shoes. It didn't work, but A for effort!

While you're at it, can you send me some too?

There you have it! Proof that Gloria is the true star of Modern Family.