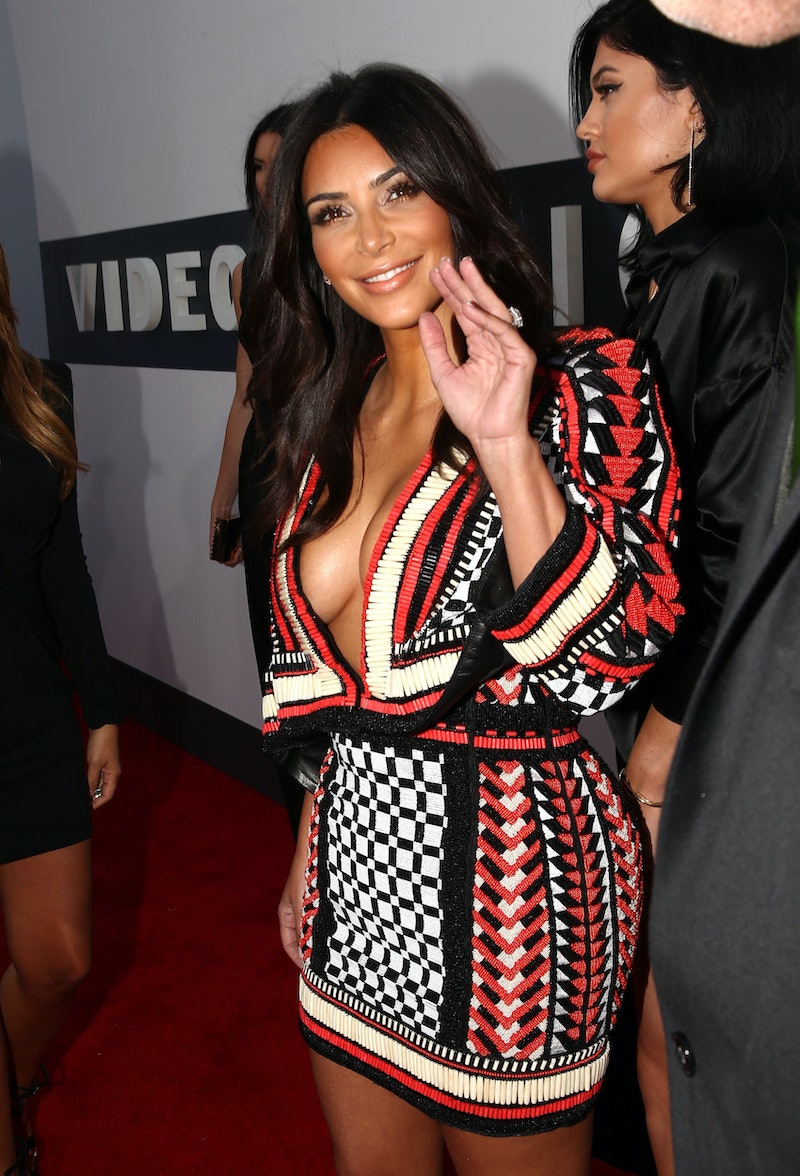 You can do anything you dream to do, Kim Kardashian. Mrs. Kanye West, who's apparently BFFs with Sam Smith, can add something new to her ever-growing resumé — Kim Kardashian will guest star on 2 Broke Girls Season 4 . Now that she's an iPhone game mogul, clearly Kardsashian has time to pursue her other passion in life, being a legitimate actress. In the past, 2 Broke Girls featured Lindsay Lohan and Martha Stewart (the latter played herself, but that's still pretty cool) along with a handful of comedians. So, who will Kardashian play?

If you're scoffing at the idea of Kim Kardashian: Actress, here's something you probably didn't know — she's done this before. Kardashian had a recurring role on Lifetime's Drop Dead Gorgeous in 2012 and TeenNick's Beyond the Break in 2009. And no, she did not play herself — she had an actual role that was apparently good enough for multiple episodes. So, it's definitely safe to say that she has the experience to actually do a decent job on 2 Broke Girls when her episode airs on Oct. 27. In fact, I'm excited to see her on it, even if it might mean less of her ugly-crying face on Keeping Up With The Kardashians.

So, now that I've established that Kardashian is absolutely qualified for this — I mean, she also has all of those years of acting experience on KUWTK under her belt as well — the only question is which role would be best for her?

A Former Friend Of Caroline's

Caroline used to be rich and if there's one thing Kardashian knows, it's having more money than knowing what to do with. (Again, she's an iPhone game mogul now.) So, what if she popped up as one of Caroline's former friends from before she lost all of her money and her dad went to jail?

I'm not entirely sure that the show would do this again, considering it would be very similar to what Lindsay Lohan's storyline was like (she was a bride who asked Max and Caroline to make her wedding cake). BUT, Kardashian could come on as a mother planning a birthday party for her child (art imitates life) or someone planning a launch party.

Max's former boyfriend Deke said during Season 3 of the series, "Do you think she got that thing from a Kim Kardashian backyard sale?" How great would it be if Kardashian — NOT playing playing herself, obviously — actually hosted a yard sale on the show? You don't even need to answer that, I already know it'd be great. And she does have experience from her KUWTK yard sale.

Max and Deke broke up in Season 3 following her meeting his parents and their attempt at getting them to buy the school. So, let's say he does end up buying the school and Max and Caroline continue to attend — Max really liked Deke and broke up with him because she thought it was the best choice for him, so what if Kardashian was his new girlfriend? And Max has deal with that and/or try to get him back?