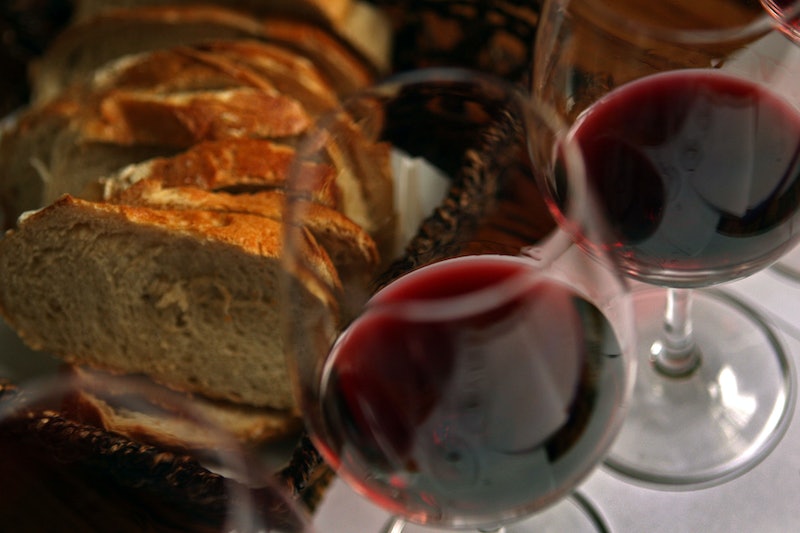 Too much booze: We’ve all been there. But whether you’re just experiencing the free-flowing alcohol river most colleges have or whether you’re a seasoned veteran of the bar and cocktail-party circuit, it’s actually a lot easier to avoid drinking too much than you might think. Thanks to a new study published in the International Journal of Drug Policy, we’ve now got a set of four simple rules to follow that make it way easier to keep track of how much you’re drinking — especially with regards to wine. Because hangovers are the worst.

Here’s how it went down: The researchers, who hail from Iowa State and Cornell Universities, gathered together a sample size of 73 student volunteers (all of legal drinking age, of course), set up a whole bunch of testing stations, and had all the volunteers serve themselves wine at each one. The conditions of each testing station varied: Sometimes they had standard glasses, while other times they had larger ones; red and white were both on hand; sometimes the students were instructed to pour with their glasses on the table, while other times they were told to hold their glasses while pouring; and so on and so forth.

Anyway, from the pouring habits displayed at each testing station, we can extrapolate the following guidelines for smarter, more responsible drinking:

Conversely, you could also opt for a beverage that’s easier to gauge than wine. It’s comparatively simpler to keep track of, say, how much beer you’ve drunk; since it frequently comes in bottles and cans, you can count how many you’ve had just by taking a tally of your empty, single-serving receptacles. If you’re drinking from a red Solo cup, though, I would imagine most of the rules mentioned above still apply: Only fill your glass up to a certain point, don’t hold it while pouring, and so on. Useful, no? I mean, we already know that "I'm never drinking again" is a lie — and our livers (and, y'know, our actual lives) will thank us in the long run for drinking responsibly.