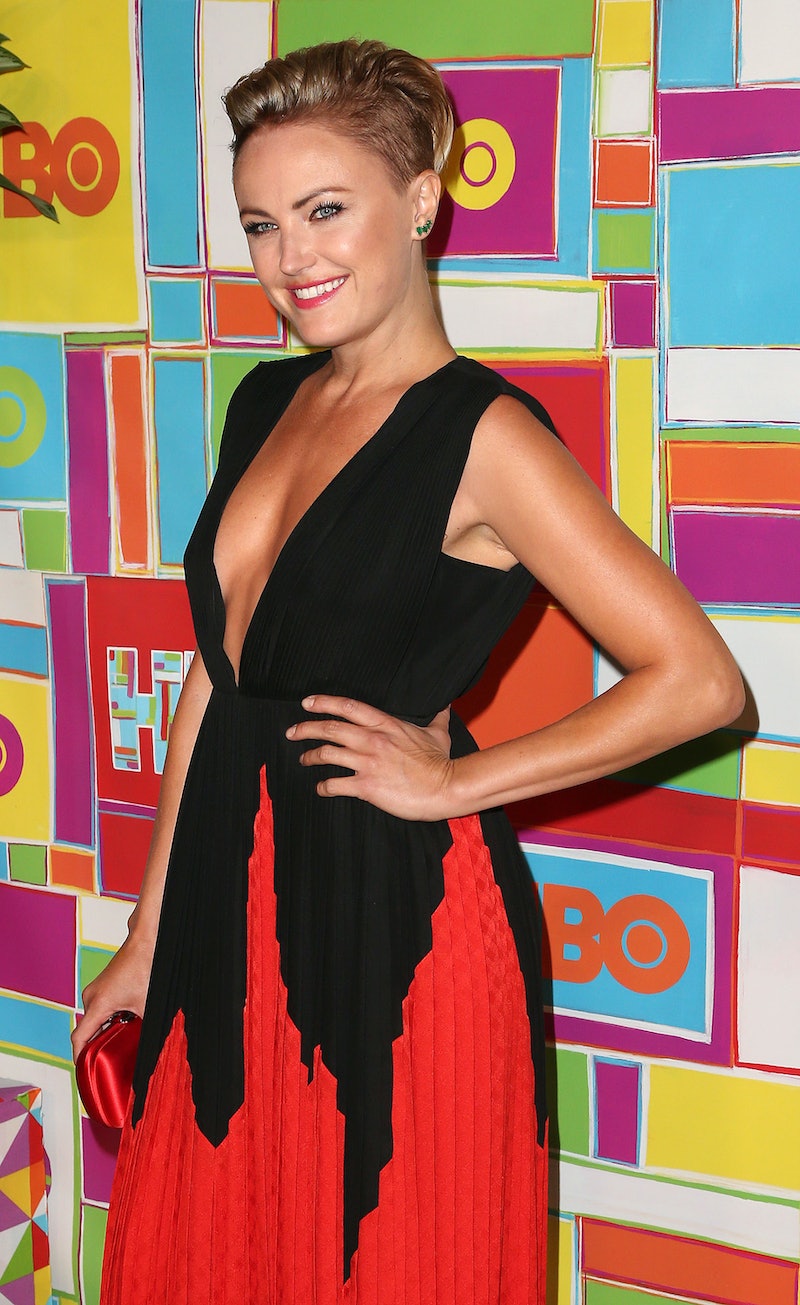 When you hear the words Malin Akerman's red carpet style, what typically comes to mind? For me, it's the blonde beauty's penchant for sexy looks that show off seductive curves and a little bit of skin in all the right places, all punctuated with a bold print here and a softly curled bob there (just take this look from the 2014 People's Choice Awards red carpet as an example).

What I don't envision when I think about the Trophy Wife actress at premieres, parties, press junkets, and awards shows around the world is a bold, edgy, rocker-chic stunner hitting the red carpet. But I guess I need to think again, because that's exactly what Akerman — who's dating Colin Egglesfield, one of the prettiest, most clean-cut men in all of Hollywood, coincidentally — looked like when she made an appearance at the HBO-hosted after-party for the 2014 Emmy Awards.

Rocking a super low-cut pleated, black-and-red colorblocked Martin Grant maxi gown, the actress struck an effortless balance between badass and free-spirited. But that's not what makes the look so surprising (yet amazing), folks. Rather, it was Akerman's sleek new pixie cut, which she swooped back for a bit of a Miley Cyrus effect and wore with so much confidence.

Complementing the look with nothing but a tiny satin clutch, a bronzed face, and some supercool shaving on her killer new haircut, the actress elevated her typically bombshell style into something much more adventurous and, frankly, interesting.

Seeing as her usual lineup of sexy minidresses and flirty frocks may not mesh well with her edgy new cut, we should expect a daring change of pace — stylewise, at least — from the stunning star. And no matter how much you loved her before, I think we can all get on board with that now.