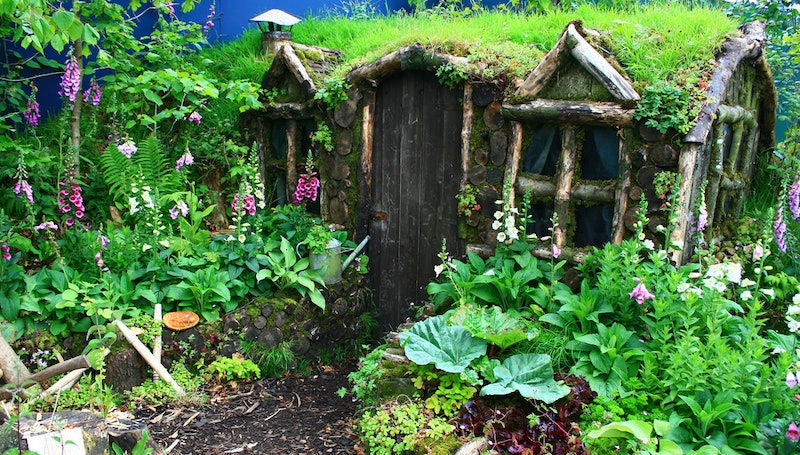 We all have favorite fairytales from when we were children. Princesses locked in towers, a dragon guarding his hoard, true love’s kiss ending a curse: These things are bread and butter to little kids. I’m sure you’ve heard of Hansel and Gretel, or Little Red Riding Hood. But what about the one about the bone that exposes its murderer? Or the one about the little girl whose father cuts off her hands?

Some of our favorite kids books can be pretty traumatizing, even if we didn’t realize it at the time. And we know that some of our favorite Disney tales have pretty insane and brutal origin stories. Rapunzel’s prince is blinded by thorns while trying to rescue her, and Cinderella’s stepsisters maim themselves trying to fit into that glass slipper (and are then blinded at the end, because why not?).

But these stories are tame compared to some of the darker stuff the Grimm brothers collected. Some of these fairytales are so brutal, twisted, or downright bizarre that even Disney couldn’t clean them up. These are the stories that your parents wouldn’t read to you. (Or maybe they did, if your parents hated you. I don’t know, I’m not your therapist.)

So, if you’re looking to scare the neighborhood children, or just want to see how bloodthirsty fairytales can be, behold:

A dying king leaves his servant John (who is, obviously, really faithful) to care for his son, the prince. The prince soon falls in love with a beautiful princess and tricks her into returning home with him as his bride. A couple of crows predict that the marriage will end unhappily, namely in the death of the princess, unless someone can rescue them by performing three different tasks.

Too-faithful-for-his-own-good John does this, of course, and is promptly turned to stone while trying to explain his actions to the prince. But all is not lost! Once the prince has a couple of kids, he finds out that chopping off their heads and sprinkling the blood on John’s statue will revive his old friend. Which he totally does. John eventually revives the kids, making it a win-win situation.

This fairytale contains two really messed up elements. First, the Prince totally lies and kidnaps his wife. He tells her that he’s taking her back to his ship to look at his gold (warning sign, ladies) and then just sails away. He justifies it by saying, “It is true that I have carried thee off, but that is because for my overwhelming love for thee.” And for some reason she’s cool with that, and agrees to marry him. It’s like really fast-acting Stockholm Syndrome. And then, of course, there’s the whole decapitation thing. I get that John was a great guy, but that’s taking things a bit far. Plus, even if he was able to just stick their heads back on, those kids are looking at a few good years of therapy to work out their daddy issues.

A king with 12 sons decides that if his wife has a daughter he will kill all of his sons so that she can inherit the kingdom. The queen send her sons into hiding, where they agree that they will kill any woman they encounter in vengeance. Of course, they eventually meet their sister and they all reconcile, but she accidentally turns them all into crows by picking twelve enchanted flowers (because fairytales).

She can only break the enchantment by not speaking or laughing for seven years, during which time she marries a king. Her evil mother-in-law, however, convinces the king that his bride must have a “bad conscience” since she refuses to talk or laugh, and he decides to burn her at the stake. Luckily, the seven years end just before she is consumed, and she speaks, saving her brothers, her life, and her marriage.

Admittedly, at the beginning of the story a little part of me was like, “A king preferring that his country have a female ruler? Progressive!” But I’m not about child murder, so the scene during which the queen shows her youngest son the coffins that the king had built for the brothers understandably freaked me out.

Banishment and threats of death aside, though, there’s still something wrong with the brothers’ vow to kill any maiden they encounter. Rude, guys: Don’t blame women because your dad was kind of a dick. And also, don’t burn people just because they don’t talk. That’s probably not going to solve the problem.

A beautiful princess insists that whoever she marries must agree to be buried alive with her corpse if she dies first. When her unlucky young husband finds himself trapped in her tomb, he uses three magic leaves to revive her and save them both. Unfortunately, the newly undead princess has her eye on a new man, and plots to kill her faithful husband. Her plan is revealed, however, and she and her lover are sent out to sea in a ship full of holes.

Talk about a rough pre-nup. Although I think Beyoncé may have made Jay-Z agree to a similar bargain before their marriage. I digress. The moral of this story: Gentlemen, I don’t care how pretty a girl is; if she demands that you slowly starve next to her rotting corpse, don’t give it a second thought. Swipe left.

The king decides that whoever can kill the boar that is terrorizing his kingdom will win the hand of his daughter. Two brothers, one brave and true and the other proud and kind of terrible, decide to take a crack at the beast. The younger one (aka the good one) slays the boar, only to be killed by his jealous older brother, who then claims the kingdom. A bone from his younger brother is made into a horn, however, and when it’s blown it sings about the crime of the older brother. The younger brother is given a proper burial, while the more murder-y brother is sewed up into a sack and drowned.

Repeat after me, everyone: Women are not prizes. If you kill a boar, you should get a gold star or a pat on the back, not a wife. Fathers, invest in a trophy or something instead of giving your daughters away. Because guess what? Sometimes you give them to murderers. Fratricide doesn’t typically make the list of “qualities of a good husband.”

A father mistakenly trades his daughter to the Evil Spirit, who comes back when she’s older to claim his prize. Unfortunately for him, the girl is too clean and pure to be taken, so the spirit orders that her water be taken away so that she can’t clean herself. Her tears clean her hands, though, and since the Evil Spirit can’t cut off her tear ducts he demands that her father cut off her hands instead. Her purity keeps her safe, and our poor handless heroine wanders the woods until she meets a king who decides to marry her (god, I wish it was this easy to meet a partner who wants to settle down, amirite ladies?). The Evil Spirit forges a note from the king demanding her execution, however, and she’s forced to go into hiding. She meets an angel who takes care of her and her child and she magically regrows her hands (?). Also, her king eventually finds her and they all live happily ever after.

This is hands-down (LOL) the creepiest fairytale ever, probably because it’s the most brutal. I understand that her father didn’t mean to trade her to the Evil Spirit, but it’s pretty obvious that fairytale fathers are kind of the worst. Also, cutting off her hands and then letting her wander alone, handless, throughout the kingdom? Not cool. She can’t even get married without someone trying to kill her. The poor girl just can’t catch a break. She does get magical silver hands in the end, though, which is pretty cool, I guess. Although there was something kind of Wormtail-esque about those silver hands, so maybe the angel was Voldemort? That would probably make this one more interesting.