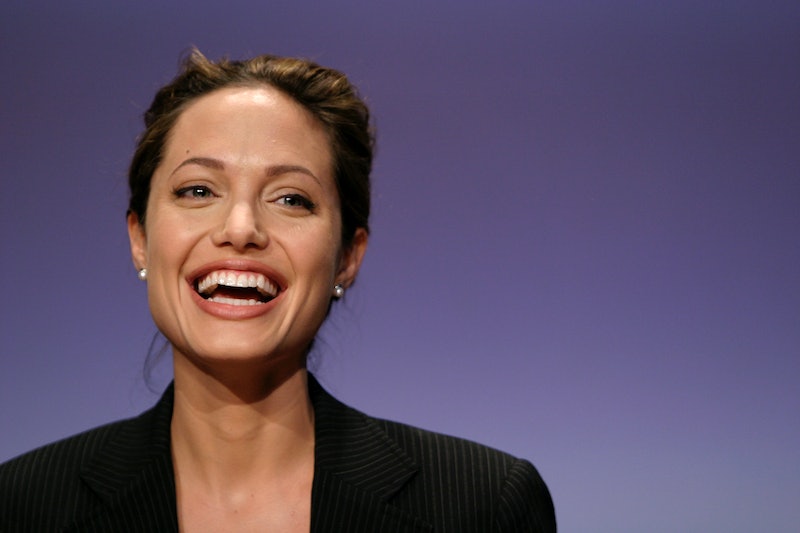 Surprise, surprise! Brad Pitt and Angelina Jolie got married! The two wed on their private estate Chateau Miraval in France, as glamorous, beautiful, perfect celebrities do. All the little Jolie-Pitts were involved, too. Well, the big Jolie-Pitts. Those kids are gettin' old.

And the fact that these kids are no longer in diapers means more than the fact that we all are slowly morphing into wrinkly and atrophied versions of the people we used to be. It's just another reminder that Jolie and Pitt have been together for a long-ass time. The length of their relationship — they dated for a long time before getting engaged in 2012, and after a long engagement, got married — is the sort of stuff teen magazine dreams and fear-mongering are made of. (Date him forever and ever and ever 'til you know that he's THE ONE!) Their relationship provided an outlet for tabloids to perpetuate a whole slew of myths: are Brad and Angie married? Did they secretly wed? Do they hate each other? Who does Shiloh prefer, mom or dad?

These magazines, who have relished in the vagueness of Pitt and Jolie's relationship, will likely be elated to know that these two are now married, at long last. Now we just have to wait before the divorce rumors start coming in.

This magazine waited with baited breath for these two to tie the knot. In July 2011, this magazine said the two were set to wed within a few months. They weren't even engaged yet. However, the magazine did eerily predict that the two would wed at Chateau Miraval. In Oct. 2013, the magazine overanalyzed a ring that Angie wore, stating that it sparked the possibility of a wedding. So, hooray! They're married now. Analyze that ring all you want (seriously — I bet it's gorgeous and made from the tears of vegan angels).

Yeah, but was it official? (Or was Brangelina's wedding on Aug. 23, 2014 their second?!) This magazine really enjoyed chatting about any alleged under-wraps wedding plans. Back in 2012, this magazine said that the two were picking out Neil Lane wedding rings (fun fact! Some of those bad boys run around $9,000!). Perhaps the two picked out wedding rings and put them in a wedding ring cage for about two years?

Life & Style had a predilection for predicting that these two would split. Uh, guess that wasn't correct?

This magazine sure enjoys claiming that every fight is THE fight!

Cut to Brad and Angelina, happily on their Chateau, drinking Brad's home-made wine while staring at their beautiful wedding rings.