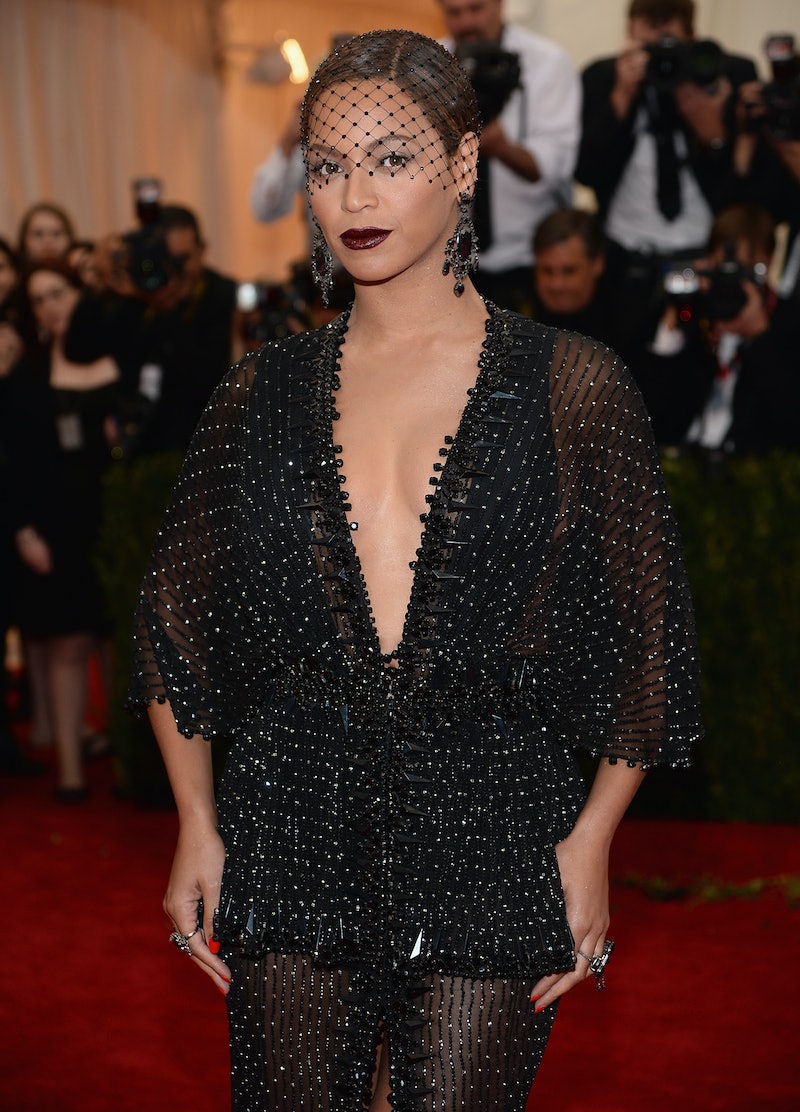 In a recent interview with Houston radio station 104.1 KRBE, Beyoncé's father and former manager Mathew Knowles insinuated that Jay Z and Solange staged the elevator fight in order to boost ticket sales for Bey and Jay's On the Run Tour. No, seriously, he did that. And according to Mathew, the stunt worked.

When Roula, one of the hosts of KRBE's The Roula and Ryan Show, asked Mathew how he deals with controversial incidents like Jay Z and Solange's elevator brawl, he responded:

You know, I know — because we've done this, from experience — there's a tour going on, so you have to sometimes ignite that tour. It's called a "Jedi mind trick." And the Jedi mind trick fools you a lot of times. So things you see sometimes are [poof]...

When Ryan, the radio show's other host, asked Mathew if he thought that Jay Z and Solange knew that their fight was being recorded and "wanted it to get out there," he said:

All I know is the Jedi mind trick. Everybody's talking about it. Ticket sales went up. Solange's album sales went up 200 percent.

When Mathew and Beyoncé ended their professional relationship in 2011, they both released statements that suggested that the split was amicable, but rumors have circulated ever since that the two no longer get along. Even with those rumors in mind, this was still a surprising move by Mathew. Why would Mathew want the world to believe that his daughter and her husband, Forbes' Highest-Earning Celebrity Couple for 2013, were so money hungry that they staged a fight in an elevator just to try and sell a few more tickets for their tour? Either Mathew really has it out for Beyoncé, or he's incredibly clueless. Regardless, the media is going to have a field day.

Personally, I just don't think that Elevatorgate 2014 was planned. According to Mathew, both On the Run's ticket sales and Solange's album sales increased after the hotel's security camera footage leaked, but I think that those were just two unexpected benefits from an otherwise embarrassing situation. Besides, Beyoncé and Jay Z are without a doubt two of the most popular artists in the music industry today — they don't need to pull cheap publicity stunts in order to put butts in the seats. Love 'em or hate 'em, they're superstars.

It will be very interesting to see if Beyoncé will respond to her father's recent remarks.