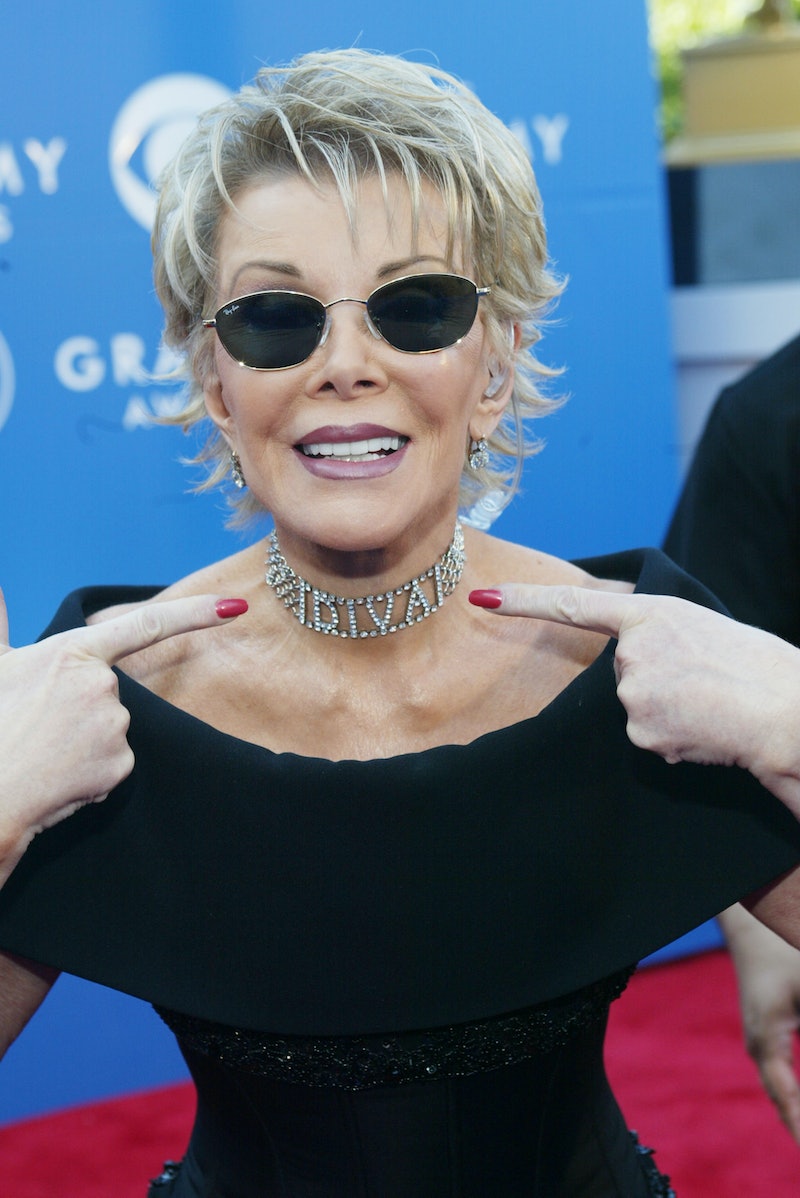 It was tragic to hear when NBC News confirmed that Joan Rivers had passed away after her breathing failed during an operation on her vocal cords. The 81-year-old comedian was a legend who knew how to incite controversy by saying what she felt needed to be said, and it's evident in this clip of Rivers on The Ed Sullivan Show back in 1967 that she never held back. The comedian was a spitfire at 34, as she gave a hilarious — and very progressive given the time period — monologue that discussed how men are viewed differently than women when it comes to dating.

Rivers' personality is enormous and it's evident that even before she was ripping on celeb's various sartorial challenges, she was not afraid to piss people off — especially when she was discussing the absurd pressure women felt to hurry up and get married, when men could be 98-year-old bachelors. She said what had to be said, and was hilarious, to boot.

It's clear in this video that Rivers was beginning to chart her territory for what would be an important career in comedy. And perhaps most importantly, it's clear that no matter where her career would take her, Rivers was priming herself to be a loud, clear, prominent female voice in comedy.