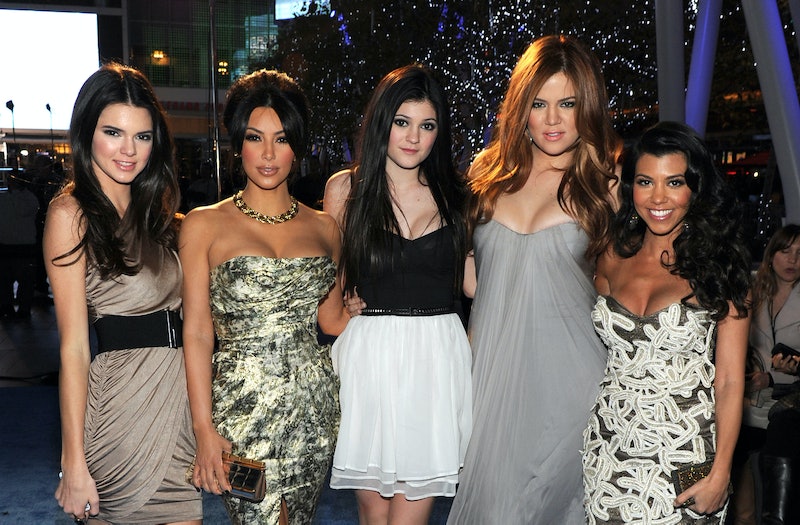 As I flipped on the very first episode of Keeping Up With The Kardashians back in 2007, I wasn't sure that I'd stick with the reality show about the family of the woman who made a sex tape with Ray J, but I wanted to give it a chance. I give most reality shows a chance (I know, I know. I'm so noble). Plus, there was a lot of "buzz" surrounding KUWTK, and being the connoisseur of the reality TV genre that I am, I wasn't going to be late to the potential party.

I fell in love with KUWTK right then and there.

For seven years, I’ve watched the members of the Kardashian-Jenner family work, party, argue, play pranks on one another, have heart-to-hearts while cruising around in expensive vehicles, and wrestle each other to the chessboard tile floor. And for those seven years, I’ve fended off judgmental reactions whenever I say their reality show is one of my favorite shows.

Hey, *~haters~*? You don't have to like the show, but please stop krapping on my kornflakes. I can only take so much.

Here are a few things I'm sick of hearing whenever I say I watch Keeping Up With The Kardashians:

“That Show Is Hot Garbage.”

No, your FACE is hot garbage. (Ack, I’m sorry. That was rude. Knee-jerk reaction.)

“They Aren’t THAT Pretty.”

“Khloe’s The Only Funny One.”

Khloe Kardashian is hilarious, yeah, but so is everyone else. Even Kim. That's something you would know if you watched the show, doye.

“Their Voices Hurt My Ears.”

You must have very sensitive ears.

No, I just carve out an hour of my weekend for the show because I let being ironic dictate my life.

“Everything That Happens Is So Fake.”

No, some of the story lines are contrived (come on, that’s Reality TV: 101), but there is a lot of very real stuff that happens on the show, too. Scott considering working out of a van? Probably fake. Khloe dealing with the dissolution of her and Lamar Odom's marriage? Not fake.

“Why Would You Watch That When You Already Know What’s Going To Happen?”

Sure, a lot of the “big moments” from each season are “spoiled” by the tabloids months before the episodes air. But just because I read about Kris leaving a head shop with a bag of equipment doesn’t make it so I'm not stoked to watch her pick out leopard-print smoking gear on the show.

I mean, no one has ever given me the side-eye for going to the midnight showings of every Harry Potter movie even though I'd read every book and already knew what was going to happen. It's basically the same thing.

“Kim Is Such A [Insert Derogatory Term Here]."

Sorry, I zoned out.