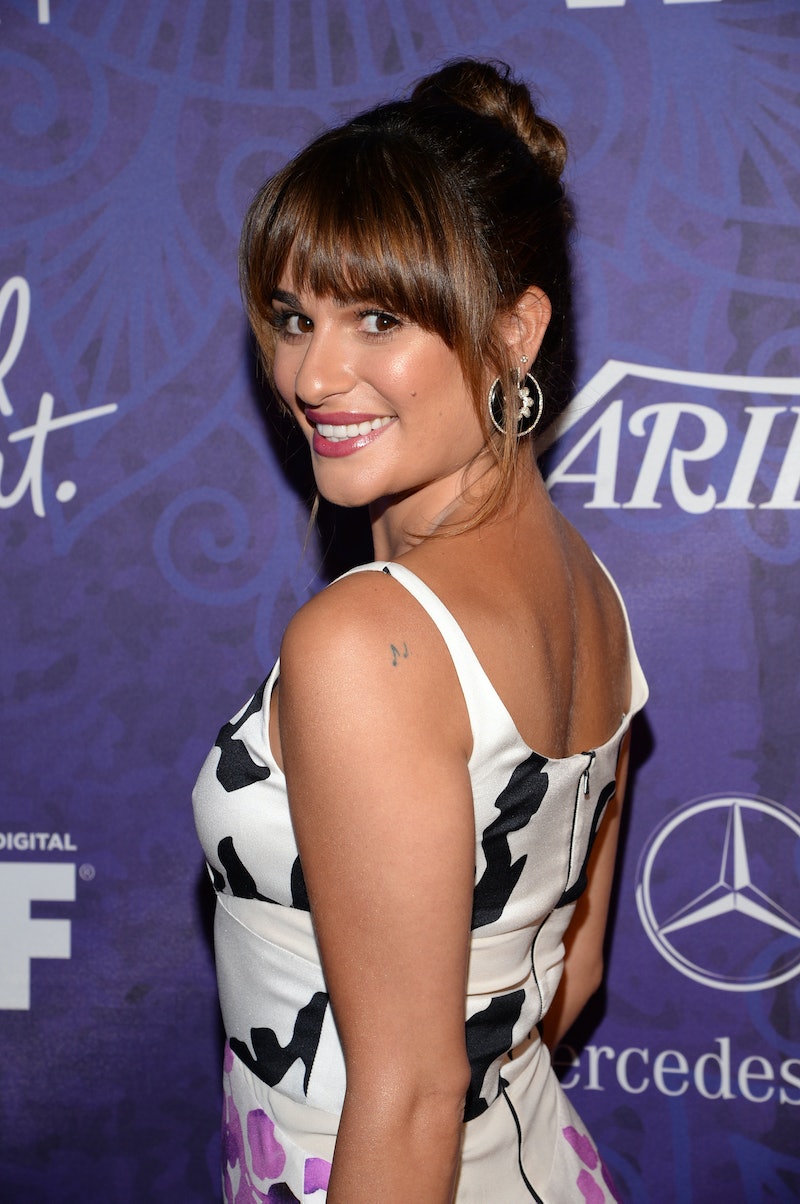 A very happy birthday is in order for songstress Lea Michele because the Glee actress turns 28 on Friday. But, no worries, Lea, you don't look a day over Rachel Berry's nineteen years to me. Now, it's no secret that Michele has accomplished a lot in her young life, but realizing that she's done it all before turning thirty makes the rest of us feel a bit like peasants, doesn't it? Michele began her Broadway career at age eight, has tackled dramatic plays and comedic shows, has her own solo album, and a book deal. All the while we've been watching jumping baby animals on Vine. Sigh. To best celebrate this Broadway baby's birthday, let's take a look at the moments when Lea Michele's really stole the show on Glee.

Being that Michele has added a plethora of performances to her resume since her first stint as Cosette in Les Mis, it'd be tough to pull out her best performances overall. Instead, I'd like to focus on what she's best known for: those Glee instances when she truly brought down the house and crushed everyone's dreams of ever living up to her covers at karaoke. But hey, that doesn't mean I still won't try... and fail. Miserably.

Check out Michele's most impressive Glee performances below:

"TO LOVE YOU MORE"

Listen, I would've given her the callback too.

"DON'T RAIN ON MY PARADE"

To make an iconic Barbra Streisand song your own is truly a feat.

She slays it as if it's not a Celine Dion song or something.

"DON'T CRY FOR ME ARGENTINA"

This song has always been a favorite because it's more subtle but still incredibly powerful.

"WHO ARE YOU NOW"

I'm not crying, I swear.

While this song has become Glee-iconic, when Rachel took a stab at her solo version I think I liked it even better.

It just makes it that much better that she actually cries while singing "Cry." Girl delivers.

*Bowing at her feet*

"TOTAL ECLIPSE OF THE HEART"

How does one not pass out after belting like that?

"WHAT I DID FOR LOVE"

Such a sweet serenade considering just before this she sent a girl to a crack house.

"IT'S ALL COMING BACK TO ME NOW"

I'm seeing a Celine theme here and I'm loving it.

Rachel was the clear winner in this contest.

Who would've thought that this song could be transformed like this?!

A very happy birthday to you, Miss Lea Michele. Keep the hits coming!