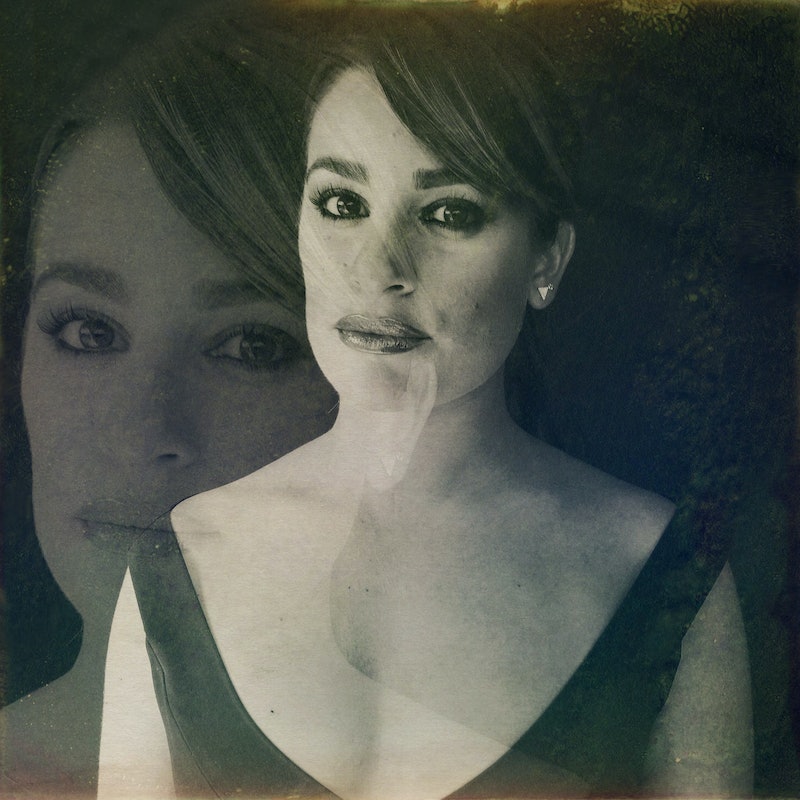 Good news for Lea Michele fans: E! reports that Lea Michele will be appearing on Sons of Anarchy in a guest starring role. The site reports that she'll be playing, "an empathetic truck stop waitress and single mother, who connects with Gemma during a difficult time," which sounds like a far departure from her role on Glee, Rachel Berry.

But since the character sounds like she's from another world than McKinley and NYC, the news may prompt some skepticism. But while some may roll their eyes and say, "but Lea Michele is only Rachel Berry on Glee! When Glee departs after next season, won't Lea Michele, too?" fans know that Michele is — and always has been — way, way, way more than Glee. In fact, the multi-talented actress — who also tweeted the news with excitement — has has been doing a lot of work long before she sang and danced through the halls of McKinley High. Sure, she rose to ubiquity on Glee, but she was making waves in show biz long before that.

Naysayers who disagree should be pleased to see her appear on Sons of Anarchy, ssince she'll be tackling someone totally different from her on-screen Glee persona; it should prove to television watchers that she's a whole bunch more than Rachel Berry.

However, as stated previously, fans have known that all along. Let's take a look at some of the work that Michele has done outside of Glee.

As the title of this episode of Sally says, "I'm a kid...and I'm already a star!" Michele was already on Broadway as Cosette in Les Miserables when she was a kid. She was a star before she even hit puberty — basically, in her most formative years, her career was prepping her for her role on Glee. What were you doing at age nine? I was singing this song...in my living room to my stuffed animals.

Above, you can watch the cast of Spring Awakening perform at The Tony Awards in 2007, led by Lea Michele as Wendla. Spring Awakening was actually my introduction to Lea Michele, as I saw the show back in 2007 and was floored by her talent. The show was pretty darn impressive, too, and critics agreed — the Ducan Shiek-scored musical won Best Musical. How's that for pre-Glee success?

Michele released a solo CD which debuted at Number 4 on the Billboard 200, proving that she could fly solo as a vocalist without the Glee kids to back it up. Not only that, but she proved that she was adept as a songwriter, and Billboard reported that she co-wrote "If You Say So," which is about the tragic and untimely death of Corey Monteith. You can listen to that track above.

Okay, maybe this movie was universally panned (Rotten Tomatoes gave it a startlingly low 16%), but it features Michele outside of her Glee self, nonetheless. However, the Dorothy Gale we'd rather see her as would be one that belts the shit out of "Over The Rainbow." Oh, wait! Here ya go:

Actress, singer, and author! Michele's book dropped in May 2014, and during her press tour, she divulged even more secrets than already in the book. She told Chelsea Handler about how she started drinking as a toddler as well as how she said "hell, no" to a nose job. Hell yes to Lea Michele!

So naysayers, think twice before you say Lea Michele is just Rachel Berry; she's just adding to her resume when she appears of Sons of Anarchy. And remember: anyone who was on Sally at age nine because she's already famous — and not because she's seeking fame — is pretty freakin' impressive.

And let's face it: gurl. Can. Saaaannngggg.

More like this
Selena Gomez Explained Why A Past Album Cover Made Her Feel “Really Ashamed”
By Grace Wehniainen
Kate Bush Reacts To “Mad” Revival Following 'Stranger Things' Cameo
By Sam Ramsden
Vanessa Hudgens Proves She's Always A Wildcat At This 'High School Musical' Location
By Alyssa Lapid
Drake’s Net Worth Will Have Critics Saying “Honestly, Nevermind”
By Hugh McIntyre
Get Even More From Bustle — Sign Up For The Newsletter