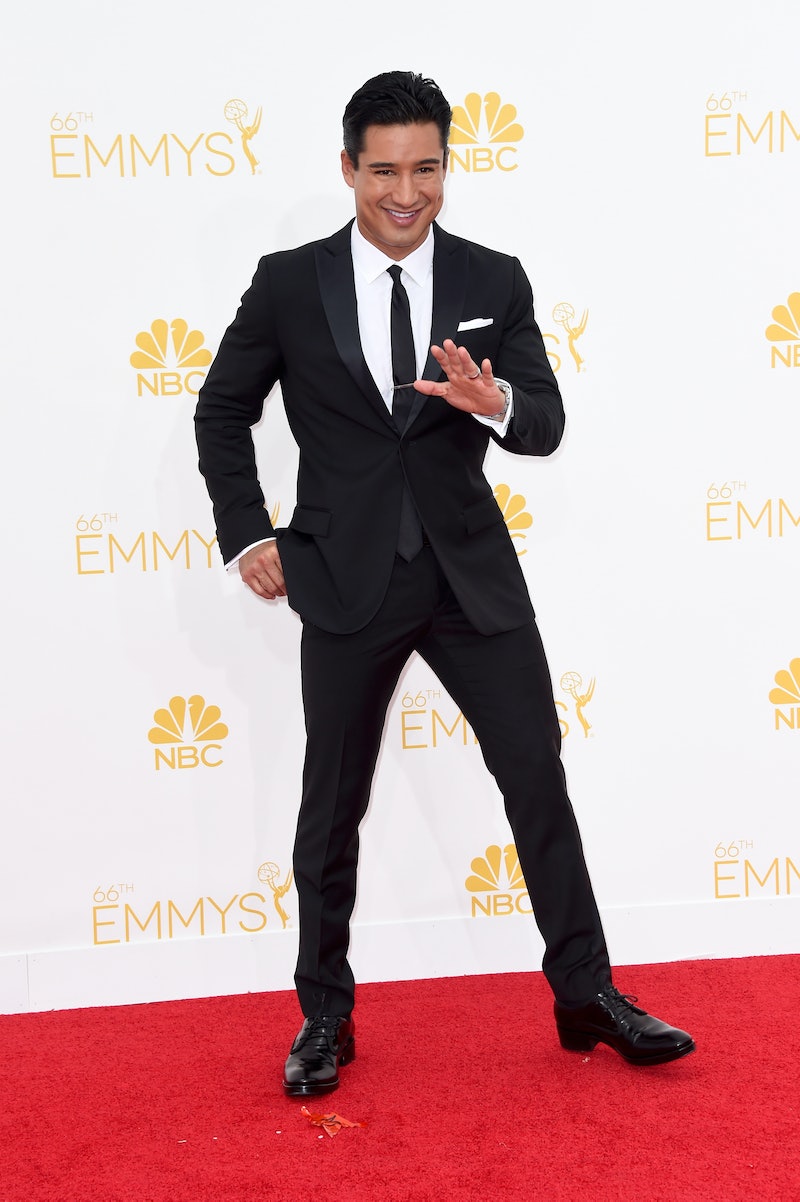 For those waiting with bated breath, rejoice! The Saved By The Bell TV movie is here with a ton of juicy unauthorized material you and your nostalgia can feast on. But, there's one question you hope the television event will answer, isn't there? Yes. Did Mario Lopez date any of his co-stars? The popularity of hunky Zach Morris, played by Mark-Paul Gosselaar, is already well documented, so what's the scoop with A.C. Slater, Lopez's character on the show?

Fans will recall the actor and host isn't hurting for attention. Since his time as a teen star, Lopez has settled pretty comfortably into the world of hosting, popping up on The X-Factor (both with and without co-host Khloe Kardashian), MTV's America's Best Dance Crew, and his steady gig at Extra, for which he's perhaps best known for now. He also is currently married to Broadway dancer Courtney Mazza, with whom he shares two children. (He was briefly married to another blast from the past, "Doritos Girl" Ali Landry in 2004, as well as linked to his Dancing with the Stars partner Karina Smirnoff in 2008 before settling down in 2012.)

So what's the scoop on his hook-up history on the Saved by the Bell set? Most of the cast is decidedly mum about their backstage gossip. Given they were at the peak of raging hormones and bad decisions, can you blame them for not wanting to spill the beans? Lopez has his own memoir Just Between Us hitting shelves this month, but it's not entirely clear how much insider Bell stories we're going to get in that book. That means, all we have to go on is the tattle tailing memoir of one Mr. Dustin Diamond, aka Screech (who later admitted his book Behind the Bell was largely fabricated by a shoddy ghostwriter and opportunistic publisher.)

In the clip above, Lopez commiserated with former costar Elizabeth Berkley (Jesse) on the content of the unauthorized work, with Berkley saying

We know the life we led...it's a little silly to give the credence to that, when we know the innocence and joy that we shared.

So, what exactly is Diamond alleging? For one, that Lopez and Gosselaar certainly swapped the attentions of the female leads, calling out Tiffani Thiessen as one of his hook-ups. Further, he paints Lopez as a bit of a perpetual Lothario who hit on many of the female guest stars on the show (does that mean we can now assume Tori and Slater got it on?)

While the exaggerated volume of hook-ups seems a little outrageous, Lopez doesn't have the best public track record with women as an adult. His marriage to Landry dissolved due to infidelity right before the wedding, and affair rumors abounded following his split with Smirnoff, as well.

Hopefully Lopez will take his memoir as an opportunity to clear the air and tell his side of the story (without the aid of a ghostwriter.)