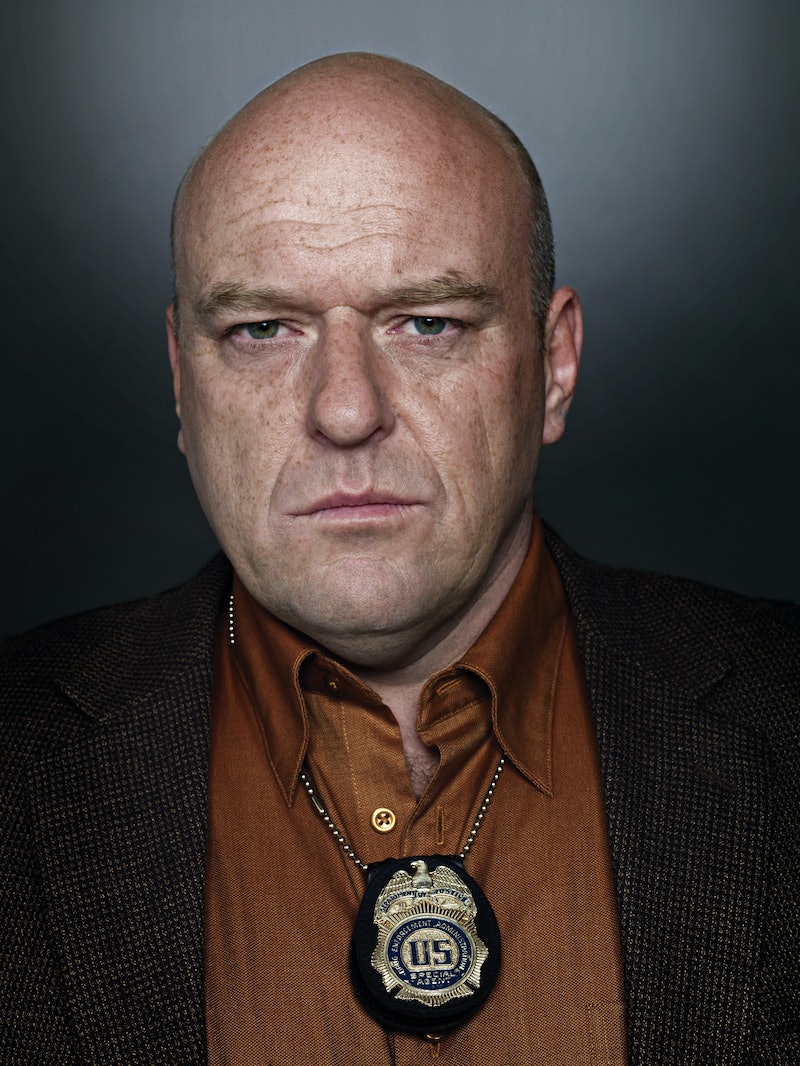 When Breaking Bad creator Vince Gilligan is interviewed about the critically acclaimed series, he's almost always reminded of a grandiose statement he made when he first pitched the show to AMC: "This is a story about a man who transforms himself from Mr. Chips into Scarface." As the series progressed, and Walter White (Bryan Cranston) did, indeed, change from a sad sack schoolteacher into a ruthless drug kingpin, the quote was repeated, countless times, as a way of reminding viewers that Walt's startling, often frustrating transformation over the course of five seasons was a calculated decision by the show's creator. It proved a man can go from beloved hero to murderous villain in a matter of years, as long as the stakes are high enough.

Yet, despite what Gilligan implied and the public seemed to take away, Walt was never the hero of Breaking Bad. He was its protagonist, yes, and a good man at the beginning of the show, but despite his prominence and kindness, his actions were often cowardly. He committed horrendous crimes, refused to communicate with his family, and stayed in the meth business long after he needed to, despite multiple opportunities to leave, because of an unquenchable thirst for power. Even in the early seasons, Walt was a figure to pity, not someone to encourage. That's not to say the show was without someone to root for, though; Hank (Dean Norris) — more than Walt, even more than Jesse (Aaron Paul) — was set up to be just an obnoxious buffoon, but has proven, again and again, that he is the true hero of Breaking Bad.

When the series began, Hank came off as loud, arrogant, and racist, but it was obvious that underneath his macho exterior, he was just a decent guy taking a little too much pride in a government job. Yet the moment he discovered Heisenberg, and made it his mission to capture the drug lord, he began his hero's journey. He was just an average Joe, living a normal, relatively uneventful life, until he found his calling. And once he did, everything changed. The shoot-out in El Paso, when he was forced to kill Tuco in self-defense, was a major moment for Hank; it was a crossing of the threshold, so to speak — an occasion that brought him out of comfortable familiarity into an unknown, dangerous new world. He experienced setbacks, such as the loss of his colleagues and PTSD-triggered panic attacks, but other than a move back to Albuquerque, he wasn't deterred in continuing his mission to find Heisenberg.

In Season 3, Hank began the "initiation" phase of his hero's journey, experiencing a series of ordeals and failures that threatened to subvert his mission. He violently attacked Jesse, causing a suspension from the DEA. He confided in his wife, Marie, about his crippling anxiety — a smart decision, but one that greatly hurt his pride. While unarmed, he got shot by two cousins out to avenge Tuco's death, resulting in injuries so severe that he was forced to undergo months-long physical therapy in order to walk again (and even when he did, it was with a painful limp). He sank into a depression, then continued pursuing his calling, then began to focus obsessively on destroying Heisenberg. His actions had consequences — Marie felt neglected, his superiors at the DEA were frustrated with his passion for finding Heisenberg — but ultimately, they were for the greater good. Hank wanted to stop an incredibly dangerous drug lord, and he would do anything to protect his family and others he loved. Unlike with Walt, there was no gray area with Hank.

Yet, it wasn't until the beginning of this season, when Hank addressed Walt after discovering that his brother-in-law was Heisenberg, that viewers realized that he was the show's true hero. Until now, Hank's actions, while honorable, still seemed secondary compared to both Walt's power-fed bravado and Jesse's guilt-ridden pain. Jesse may be the most-loved character on the show, but he's not its hero – he's followed through with too many terrible crimes, and has been motivated too much by money and power. He may find redemption, but it will be at a cost greater than any hero's should be.

Yet Hank is the perfect hero. The scene in this season's first episode, when he approaches Walt about his revelation, Hank reacts not just with rage, but sensitivity we hadn't seen since his conversation with Marie about his post-Tuco anxiety. He is resolute in reaching his goal of destroying Heisenberg, but finding out that the culprit he's been after is his beloved family member pains him immensely. His first instinct is to protect the people he loves, even when they disappoint him, but it conflicts with the morals and values he holds dearly. It's a welcome shock for audiences who have not only been in awe of Norris' incredible performance this season (hello, 2014 Emmy!), but also for those who anticipated Hank would act like the same man who brutally beat up Jesse.

This revelation changes the way we, as viewers, see the show. We identity with Hank's struggle, and we root for him to succeed, even though he wasn't the expected hero of Breaking Bad. (And if things had gone as Gilligan first intended, we might not even have given Hank a chance — Dean Norris even noted in a recent interview with Vulture that Hank was supposed to be even more racist in Breaking Bad's pilot: "There was some hard-core shit. Not like the N-word, but there were Middle Eastern references.") When Walt turned out to be the most anti of heroes — poisoning children, letting young women die — it came as a surprise, and then a welcome treat when Hank's character rose in prominence. Suddenly, we questioned everything we knew about the show: What if Walt's transition Mr. Chips into Scarface is irrelevant? What if the show's not actually about its protagonist, but about the journey undergone by one of its supporting characters? It's rare, if not unprecedented, for a series to begin with one supposed hero and end with another, especially when that other isn't the main character. It changes how we analyze the show (Will Walt die at Hank's hands? Will Hank's hero's journey kill him with pressure before he can find resolution?), and it makes Breaking Bad extraordinary.

As the rest of the season progresses, it'll be fascinating to watch Hank contemplate how to move forward with the information he now has about Walt. Other than the legal ramifications, Hank's decisions will have major emotional consequence — the one thing he has been trying to protect, his family, is the one thing he might have to destroy. Whatever happens, one thing is for sure — over the course of the series, Hank, the show's true hero, has undergone a transformation braver and more difficult than anything the "original hero" of Walt could have ever had the courage to experience.