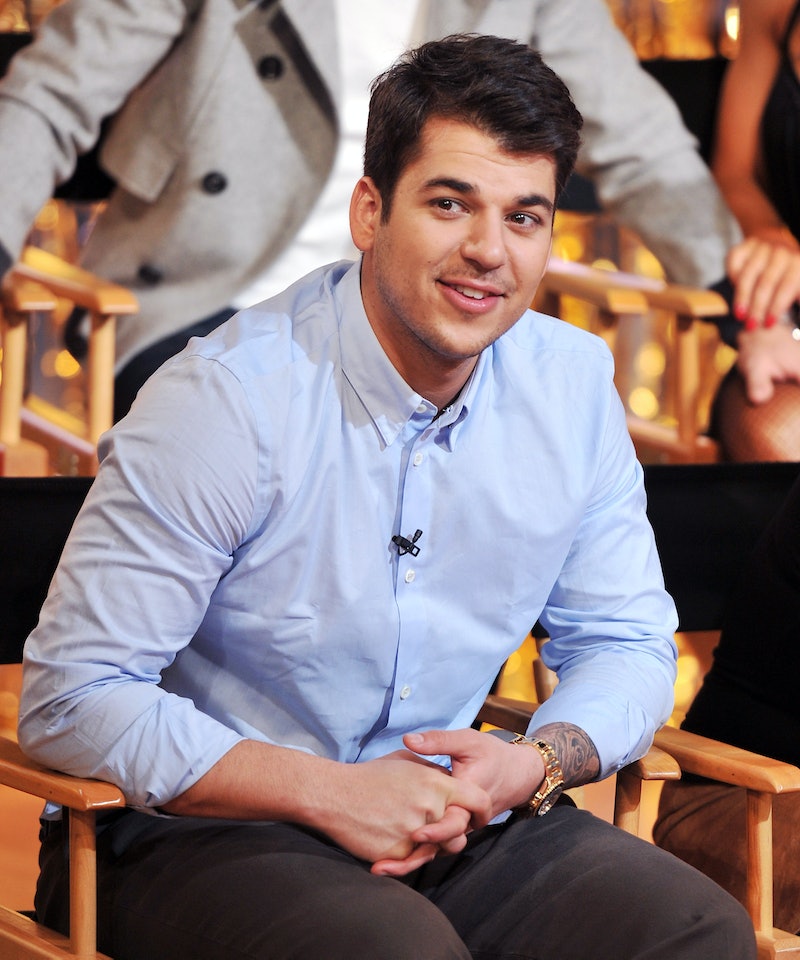 Everyone knows that Khloé Kardashian the best Kardashian, and that's partially because she seems to be the only one who really cares about the struggles that younger brother Rob Kardashian is facing as he attempts to overcome his depression and weight gain. But, luckily, it doesn't look like she's the only one anymore — according to a new rumor going around, Rob Kardashian's new brother-in-law, Kanye West, has become his biggest supporter.

Although Kim Kardashian recently received some criticism for basically saying during an appearance on Watch What Happens Live! that her brother shouldn’t “sit and complain about [his problems] for a year,” (when asked about why Rob missed her wedding to West), the reality TV star’s new rapper husband has reportedly been much more sympathetic. That’s pretty interesting, since we all know that West likes to dish out his own problems to the world via 15-minute concert rants.

“The whole family is pulling for him,” a source apparently told Contact Music. “Even [Kanye West] has been reaching out to him more and showing he cares. They are all his biggest cheerleaders right now.”

It is heartwarming to know that the rapper is stepping up as a new member of the family to help out someone in need; West is finally putting someone before himself (so they say) and that act of selflessness is reassuring. Maybe fatherhood really has turned him into an old softie! I’m sure that with the whole family’s help, Rob will be back on track in no time. After all, we're all rooting for him.