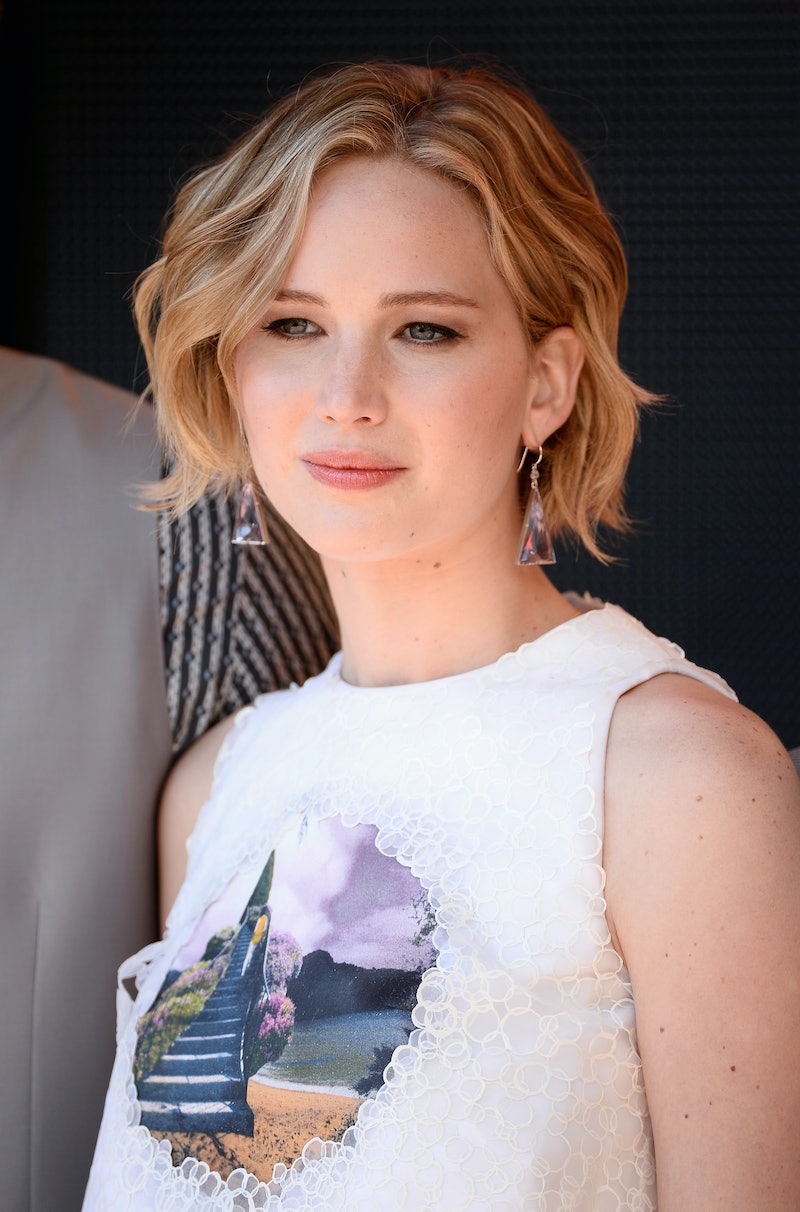 Another day, another violation of a human being in the name of celebrity. Nude photos of Jennifer Lawrence have been leaked, along with those of a startling number of other young female stars, from Rihanna, to Ariana Grande, to Aubrey Plaza, to the Olsen twins. This is hardly the first time naked photos of young stars have leaked, but there's something we need to remember this time around and always: Don't click on links to those pictures unless you want to be complicit in the violation they represent.

This particular mass leak came from a hacker on 4chan, who claims to have nude pictures of a long list of actresses, likely obtained from hacks to their private computers and cell phones. These pictures haven't been authenticated or anything, so some may prove to be fake — Victoria Justice has already tweeted denying the ones purporting to be of her are real — but many are taking some of them as the real deal. And regardless, we need to rise above the sensationalism that stories like this are plagued by and behave like our best selves. And that means not looking at those pictures.

Look, I understand the basic human urge behind wanting to see celebrities naked: The vast majority of them are superhumanly beautiful, and huge segments of our culture revolve around the search for false intimacy between the masses and the people who entertain us. But links to these pictures are bound to be plentiful, especially as more "leak," and clicking on them only plays into the horrid game being played by the hacker — and anyone who gets their jollies violating women's basic privacy like this.

We don't live in an age anymore — if we ever did — where we can claim that celebrities should know better than to ever allow themselves to be captured nude on camera in a non-professional capacity. Cell phones, the Internet, snapchat, and whatever else have made nude pictures on cell phones incredibly common, and celebrities like Lawrence, Plaza, Amber Heard, and whoever else did nothing to provoke this kind of blatant violation. This is probably a terrible day for the vast majority of them.

This is a flagrant violation of privacy. The authorities have been contacted and will prosecute anyone who posts the stolen photos of Jennifer Lawrence.