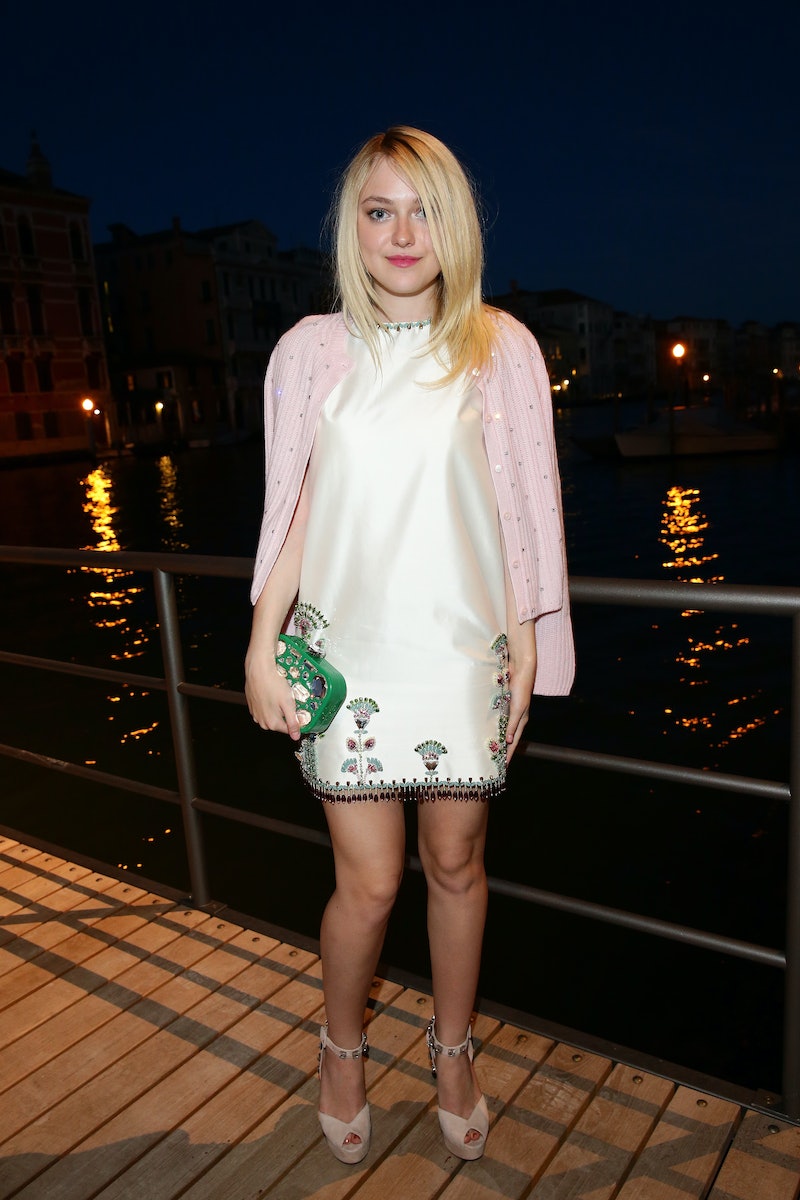 After watching Dakota Fanning show up in film after film as a talented, uber-adorable little girl (seriously, how cute was she in Uptown Girl?), the actress has proven to be one of those stars who — though not disappearing entirely — has taken a bit of a backseat to the spotlight as she's gotten older. That means fewer roles, fewer red carpet premieres, and fewer chances to show off the stellar sense of style she's grown into after more than a decade in the Hollywood game. And with her ridiculously well-dressed little sister, Elle Fanning, swooping in her with Alexander McQueen lace nightgowns and floral-embellished Christopher Kane mini dresses, it's been easier and easier to forget about the elder Fanning (in terms of fashion, at least).

Fortunately, Fanning is making a major comeback, starring in films like the upcoming The Last of Robin Hood and the recently released Very Good Girls . But if her recent look at a Venice Film Festival event is any indication, her reemergence in the spotlight isn't limited just to the big screen; it extends to the style sector, too. Showing up to the Miu Miu Women's Tales dinner in a charmingly feminine ensemble from the Prada offshoot brand, Fanning reminded me in an instant why I love her on the red carpet just as much as I do in some of my favorite films.

Sporting a white satin mini dress adorned with green and black beading around the hem and the neckline; studded ankle-strap, peep-toe platforms; and an embellished green clutch, Fanning looked delightfully girly, with just a hint of retro style thanks to the sequined pink cardi draped over her shoulders.

Keeping the look simple with a red lip, barely there makeup, and sleek strands, Fanning looked both effortless and put-together all at the same time.

She also looked adorable posing alongside Kirsten Dunst, who was clad in a micro-hemline and laid-back locks, too.

Two of my favorite childhood stars all grown up and hanging out together. Now that's what Hollywood dreams are made of.