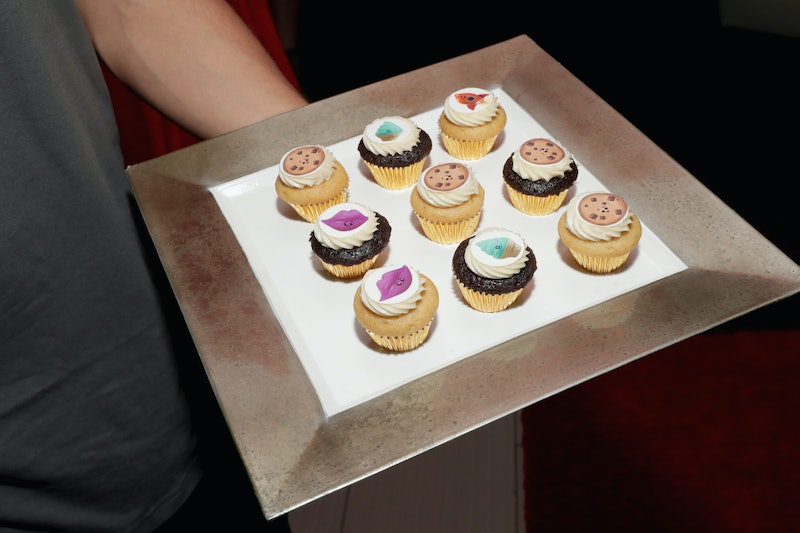 If you’ve ever idly thought, “Gee, there really ought to be more food emojis,” here’s proof that you’re right: The Atlantic’s Kelsey Rexroat recently spent a week on what she calls “the emoji diet,” wherein she ate only foods represented by emojis — and there’s definitely a dearth of edible emojis out there. Hear that, Emojipedia?

Like so many before her, Rexroat recently found herself wondering why there were such gaping holes in the world of emojis. Unlike many, though, most of Rexroat’s observations involved her favorite foods. Accordingly, she embarked on a week-long experiment using herself as a human guinea pig: Could a person survive entirely on foods represented only by emojis? The short answer is yes, but it won’t be very satisfying. Here’s how it went down.

Rexroat’s rules for herself were simple:

So, with these rules in mind, Rexroat set out to explore her options.

The first thing she realized is that food emojis are strangely limited: There are only 59 of them total, and 11 of those depict desserts. At least some of them grant a little bit of wiggle room; there’s something called a “pot of food,” for example, which Rexroat extrapolated to cover a vegetable stew she ate for lunch. There were a few surprises, as well: What Rexroat initially thought was rice and beans actually represented curry, and what most of us think of as an orange is technically a tangerine. Who knew?

The whole piece is definitely worth reading, so head on over to The Atlantic to check it out; for those of you who want the Cliff Notes version, here are some of the things our intrepid heroine discovered over the course of her week on the emoji diet:

It's called “oden,” and according to its Emojipedia entry, it’s a Japanese dish made of egg, fish cakes, radish and a few other ingredients. Sometimes it’s served on a stick, as seen here. “If Western users feel that the characters aren’t representative of their daily diets, it’s because they were never expected to catch on globally,” Rexroat observed.

Interesting, no? I can’t say I’d ever consider doing it myself, but I’m glad someone else did so I could read all about it. I’d be curious to know how a Unicode emoji diet compares with, say, an iDiversicon diet or what have you. Any volunteers?