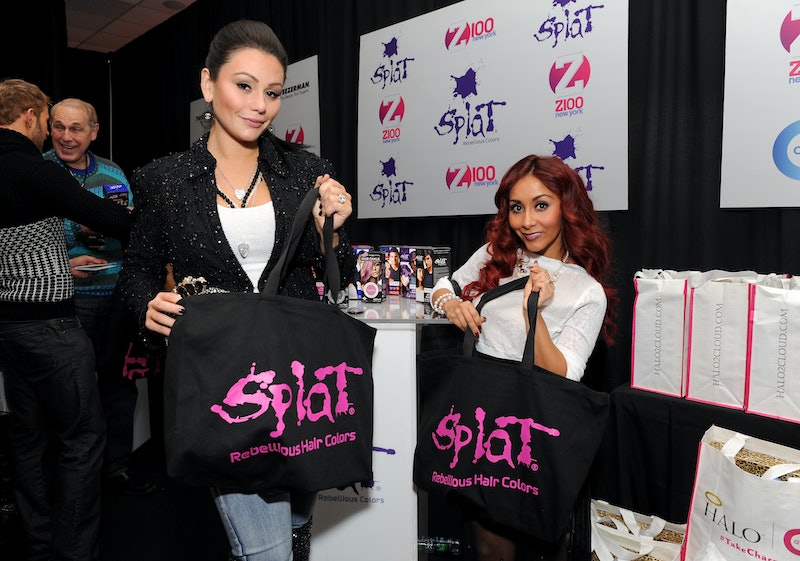 This is actually a pretty adorable picture, but I can't deny that my first thought upon seeing it was "This. This is the next generation cast of Jersey Shore." And that's not a bad thing, of course — it kind of just means they're probably gonna get filthy rich and have a lot of fun doing it. Anyway: On her Instagram, original Jersey Shore star Jenni "JWoww" Farley posted a pic of her newborn daughter Meilani and Snooki's toddler Lorenzo playing together this past weekend.

"Counting toes," Farley simply captioned the picture, as it does, indeed, seem like Lorenzo is counting Meilani's toes. I guess it's a kid thing. I don't know. Apparently, it's the duo's first playdate, so maybe Lorenzo was just passing time because babies can't talk outside of the Baby Geniuses franchise.

Snooki also posted the same picture on her blog, along with a few other shots of the twosome, adding a very Mom-ish caption herself: "OMG how adorable are these two together?! Lorenzo’s already protecting Meilani and I’m obsessed. They’re so going to be besties!!"

You can check out the adorable pic of the two Jersey Shore babies below.