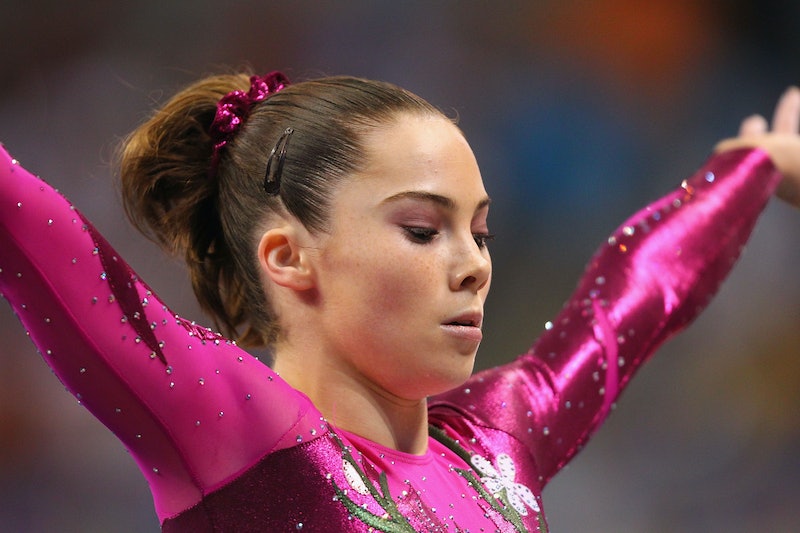 Unfortunately, the celebrity nude photos saga just keeps getting worse. According to TMZ, Olympic gymnast McKayla Maroney says the nude photos of her, stolen by hackers who distributed on Porn.com, were taken when she was under 18. This whole situation has officially reached a new level of gross.

Maroney is reportedly taking legal action against the site and several others which reposted the photos, and so far a representative for Porn.com that spoke with TMZ confirmed that the images were removed after hearing from Maroney's attorney. To make matters worse, Maroney has been subject to continuous online harassment from fans (and Ariana Grande) since the photos leaked, who dismissed her initial claims that the images are "fake" and are all clearly missing the point.

Whether or not the images are "fake" is completely irrelevant; an image in Maroney's likeness was stolen distributed under her name, which is an incredible violation of privacy, and also a crime. In this case, Maroney confirmed she was under 18 at the time the photos were taken, which is completely inexcusable and proves that whoever is responsible for leaking the photos, and whoever is looking at them, is just the worst, ever. As Mary Elizabeth Winstead, whose nude photos were also leaked, said, "Hope you feel great about yourselves."