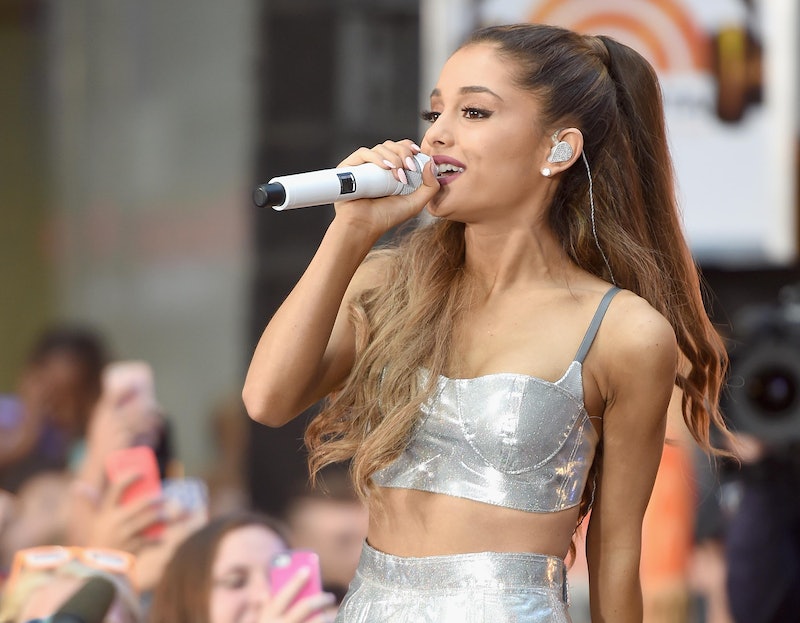 The biggest news of the weekend? The lengthy list of nude photos leaked of celebrities, or at least alleged photos. Everyone from Jennifer Lawrence to Kate Upton (whose reps already commented on this major invasion of privacy) have been subjected to this scandal. Or should I say sex crime? Because that's what it really is. While some photos appear to be real, other celebs have already denied their legitimacy. Ariana Grande and Victoria Justice posted tweets defending themselves. Yup, these former Victorious co-stars cleared up the rumors and did so with a sense of humor. While it's great they're speaking out, one of them had a way better response. In terms of respectfulness, I'd say Justice comes out on top.

Sorry, Ari, but your tweets were a bit disappointing. Grande wrote, "to every1 going on about my 'nudes' ... my lil ass is a lot cuter than that lmao" Does she realize that photoshopped or not, that's somebody else's body? She's trying to make light of things, which normally is a great way to diffuse rumors, but bragging about how much cuter her backside is probably isn't the best strategy this time. She sure seems to love talking about butts lately though. Just last week on the Today show, Ariana Grande commented on Tamron Hall's rear-end saying, "Dat booty doe." So, IDK maybe she just really considers herself a great judge of butts?

Here are her tweets:

Unlike Grande, Justice didn't comment on the other person's body and just played it cool. Even though she throws a pun in there, it's not at anyone else's expense. She also didn't inadvertently insult whoever believed the photos were real by saying she's "praying for them." If Grande's response left you feeling disappointed too, don't worry! Bustle rounded up the best feminist responses to the leaks. Lena Dunham's comments are especially on-point. Oh, and did you see Emma Watson's tweet?

While it must be nice that Grande and Justice are able to brush the whole thing off with a laugh, not everyone can do so. You've gotta feel for Jennifer Lawrence and other celebs whose actual photos were leaked, right? This whole situation is terrible and hopefully the mess is sorted out soon, including an appropriate punishment for whoever leaked them in the first place.