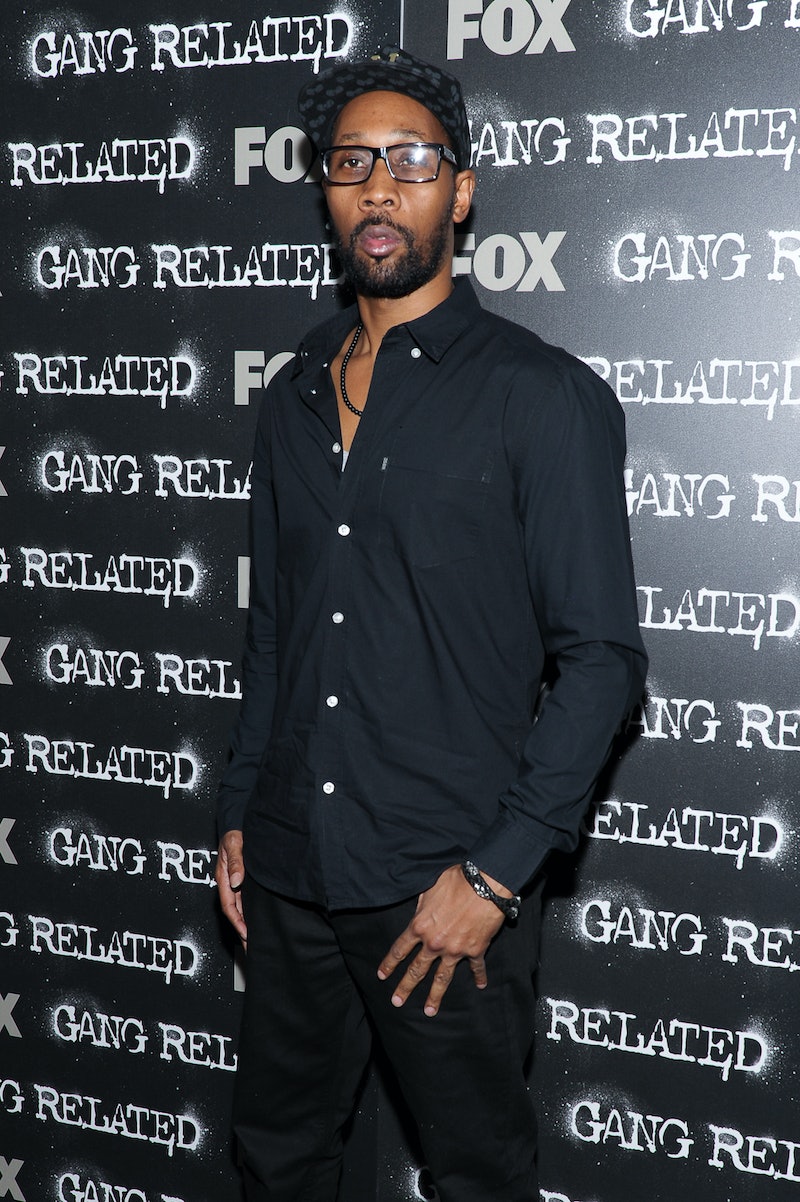 There were a couple of things that were unfortunately inevitable from the moment the leaks of several female celebrities — from Jennifer Lawrence, to Ariana Grande, to Kate Upton, and beyond — made their way into the headlines. One is that a lot of people would look at those photos. Another is that this leak, given that an Oscar-winning America's Sweetheart is at its center, would dominate headlines. But chief among the predictability is that the exposure of women's bodies would expose a particularly rampant, particularly gross side of humanity: The side that jumps to blame those women at first instinct.

Enter producer/rapper/author/Wu-Tanger RZA, who mimicked terrible facebook comments by taking the "it's their own fault for taking the nude photos in the first place" route.

To me the Internet is public domain. You know, you put it up there somebody's gonna see it. ... Listen, I got a lotta common sense, you know, if you put it out there I suspect somebody's looking at it. So I try to tell my wife don't put her tits on the screen while we chattin'.

I'm gonna need a whole bunch of people — from RZA to the countless comments I've seen echoing his sentiments — to cut the crap. Or, rather, cut the victim-blaming. Taking private photos of your naked body is not the same as giving your permission for the entire world to see them. You don't have any nude records of you anywhere in the world? Good for you! That doesn't make you better or worse than Jennifer Lawrence or any of the other women (famous or not-famous) who decide to capture their body on camera. The fact that these pictures existed isn't really the point here — the point is that someone decided to violate these women. And yet the thing a whole lot of the public seems to be focusing on is that these women had bodies to violate in the first place.

You are not entitled to see Jennifer Lawrence's body because she decided to show somebody else her body with those photos. And as Sara Bnincase pointed out in a post called "Jennifer Lawrence Is Not A Thing To Be Passed Around" for Playboy (yes, Playboy):

She didn’t exactly post them on Facebook. She sent something to someone else, and then a thief took that something and spread it to the world.

RZA and his wife can be as careful as they want with their bodies and technology. But these women didn't exactly invite the world into their iClouds, and they shouldn't be judged for not giving into the fear that some of us have. At the end of the day, this shouldn't be about how they relate to their bodies — it should be about how we relate to their (and our) bodies and our technology-driven world, and how thoroughly effed up those relations prove to be every time something like this happens.