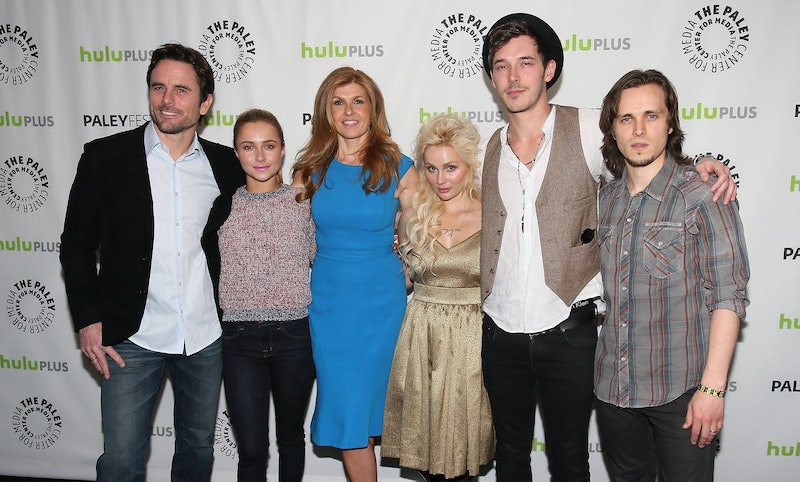 In case you haven't heard, Nashville is starting a little differently this year. Don't worry, they're not doing anything too crazy, but the Nashville Season 3 premiere will include live musical performances, as reported by Entertainment Tonight. "What's the big deal?" You ask, "There's nothing crazy about that." Yes, but along with the live performances, there will also be a per-recorded portion of the episode. Last time Nashville did this it was entirely performance based and it was more like a mini-concert; this time it'll be an episode with performances sprinkled in. Still, what's the big deal? Here's the deal: an episode like this has never been done before on television by any program.

The logistics of this episode will be insane. It's basically two different shows in one, and the two have to flow together without any hitches. Sure, shows like SNL do a live episode every week, but they rehearse it a zillion times beforehand and they're used to doing live shows. Nashville is pulling out all the stops and with an actual plot-based episode interweaving, it could get a little complicated. During the show there will only be two live performances, however. Will Lexington and Deacon Claybourne will sing live, but they'll end up singing twice throughout the night; once for the east coast, once for the west coast. This means that some poor soul in the Nashville/ABC control room has to sit there all night, and seamlessly hit the correct buttons to switch from tape to live-stream.

Honestly, Nashville will probably play it safe and go to commercial right before and immediately after the performances, but what happens if they don't? Let's say we see Rayna exit the screen in a recorded moment, and enter immediately back on during the live portion? The staging for that would be crazy good, and would set the bar pretty high for Nashville. Considering it's still often viewed as a soapy country drama, pulling off an episode like this might make others take note. You know, like maybe one of those singing shows that doesn't try to do anything cool anymore (ahem, Glee)? It's one thing to be a taped show, and it's one thing to be a live show, but to do the both together? Good luck, Nashville.

This first episode will take place in the Bluebird Cafe, and hopefully Rayna will have chosen a guy by then. Maybe she can do it live!