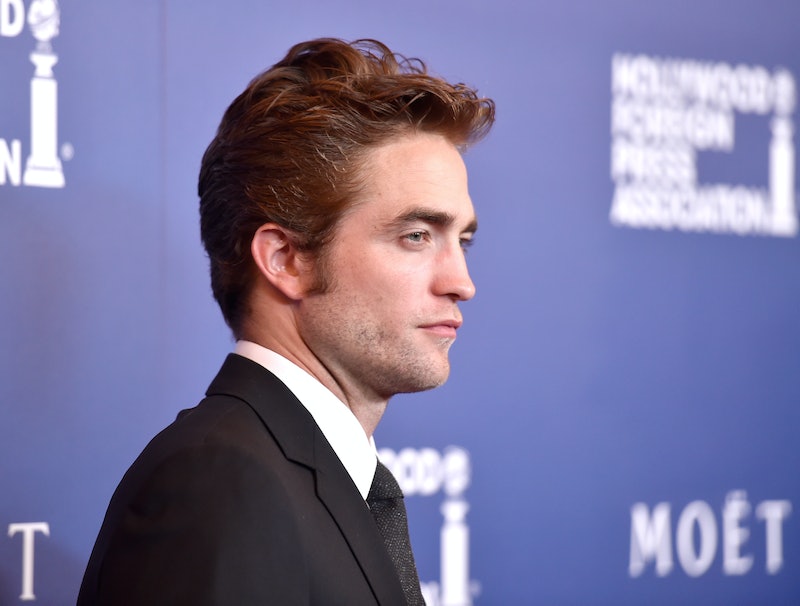 Ladies, sit down and hold on, because I have some bad news. Robert Pattinson has a girlfriend. There, I said it. I ripped the band-aid off quickly so I didn't put you through any prolonged torture. You're welcome. Yes, it is true, RPattz is no longer single and ready to mingle, but he is also not dating Kristen Stewart, so it's kind of a bittersweet situation we've got going on here. So who is the lucky lady? That would be FKA Twigs, of course.

Okay, so you probably have a lot of emotions going through your head right now. 1) WHYYYYYY?!?!? 2) WHO THE EFF?!?!?! 3) NOOOOOO!!!!!! 4) IT WAS SUPPOSED TO BE ME!! We good? Okay, so now that the initial reactions are out of the way, maybe we should explore a little more about this relationship. According to E! Online, Pattinson and FKA Twigs are not "officially" in a relationship, but are definitely heading in that direction. Remeber how long it took for RPattz and KStew to admit they were dating? Let's face it, we'll probably never really know if these two are together — especially since his last public relationship ended so privately.

And because we might be waiting forever to know how official they are, let's just take the blow now and say they are official. So now you're thinking, okay I need to know everything I can about Pattintwigs (working couple name), right? Here are six things to know about the new couple.

Her birth name is not actually FKA Twigs

FKA Twigs is a British singer

Twigs first got her start as a dancer, where she performed as a back-up dancer for popular acts such as Jessie J, Taio Cruz, and Ed Sheeran. She released her music debut in 2012.

She didn't get the name Twigs because she loves tree branches

But it does have to do with that. According to an interview, she got the name because her bones would crack (?), and the name eventually caught on. She added the FKA to stand for "Formerly Known As", because there was another artist named Twigs.

Her and Pattinson met through a mutual friend

Although we don't know who said mutual friend is, the two were seen with Tom Sturridge recently, so perhaps he is the connection?

She is the "next big thing in R&B"

According to multiple online sources, FKA Twigs has quite the future in R&B music. I listened to a few of her songs, and she is definitely edgy, but I'm not sure I would call it R&B. Her style is electronic, meets kind of creepy vocals, meets smoothness, does that make sense? Ugh, just listen for yourself, you'll see what I mean.