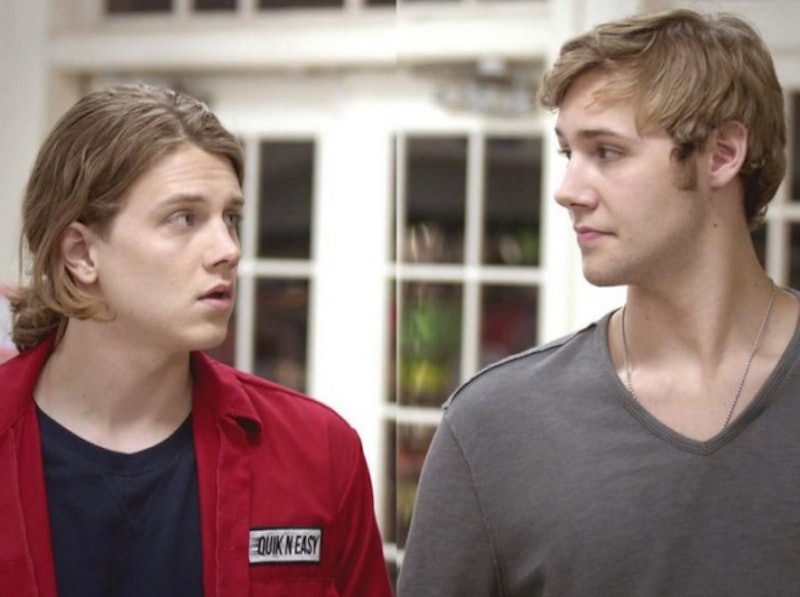 I'm currently blinking back tears as I write this because it just can't be. Crash shot Max on Finding Carter and he proved what all fans have believed all along — he's a raging sociopath and the absolute worst character on the show. Which is pretty hard to believe considering Carter's dad, David, is a pretty shitty guy also. On Tuesday night, in the midst of their big escape plan — that apparently only involved driving in circles for hours — Carter and Crash stopped at the Quik'N'Easy with the hope of Max being there to deliver a message to Lori and instead, Crash went rogue and shot Max. But it's all good, Finding Carter and Max fans, because he might be okay.

Sure, in the real world, a chest wound like the one Max suffered would absolutely mean death, but this is MTV, people! And we're in luck because, according to the hospital surgeon treating Max, he's stable and he could be totally fine after surgery. Which is really what's important here because a Finding Carter without Max is not a Finding Carter I want to see. Seriously.

So how did we get here? At the end of last Tuesday's episode, Crash bailed Carter out of jail with the money from Bird's mother's pawned necklace and apparently bought a gun with the remaining cash. Because, while Crash was insufferable and everyone's least-favorite guy on the series, he also had a super-dark, super-murderous streak in him that only came to light during Tuesday night's episode. After realizing that he'd run out of money and getting annoyed that Carter was taking too long to convince Max to give her burner phones, he blazed into the Quik'N'Easy brandishing his new firearm and acting like a true sociopathic killer. Like, a true SVU-level sociopath. Then he "accidentally" shot Max when he refused to empty his register to fund their road trip around town.

According to Taylor's revelation, the bullet was only a hair away from hitting Max in the heart and being fatal — but he's still not in the clear. In the preview for next week's episode, Max will be "fighting for his life" and it doesn't look promising. Which we should all know is total crap because MTV can't just kill Max off this series and allow Crash to continue to live. Right? RIGHT?!?!?