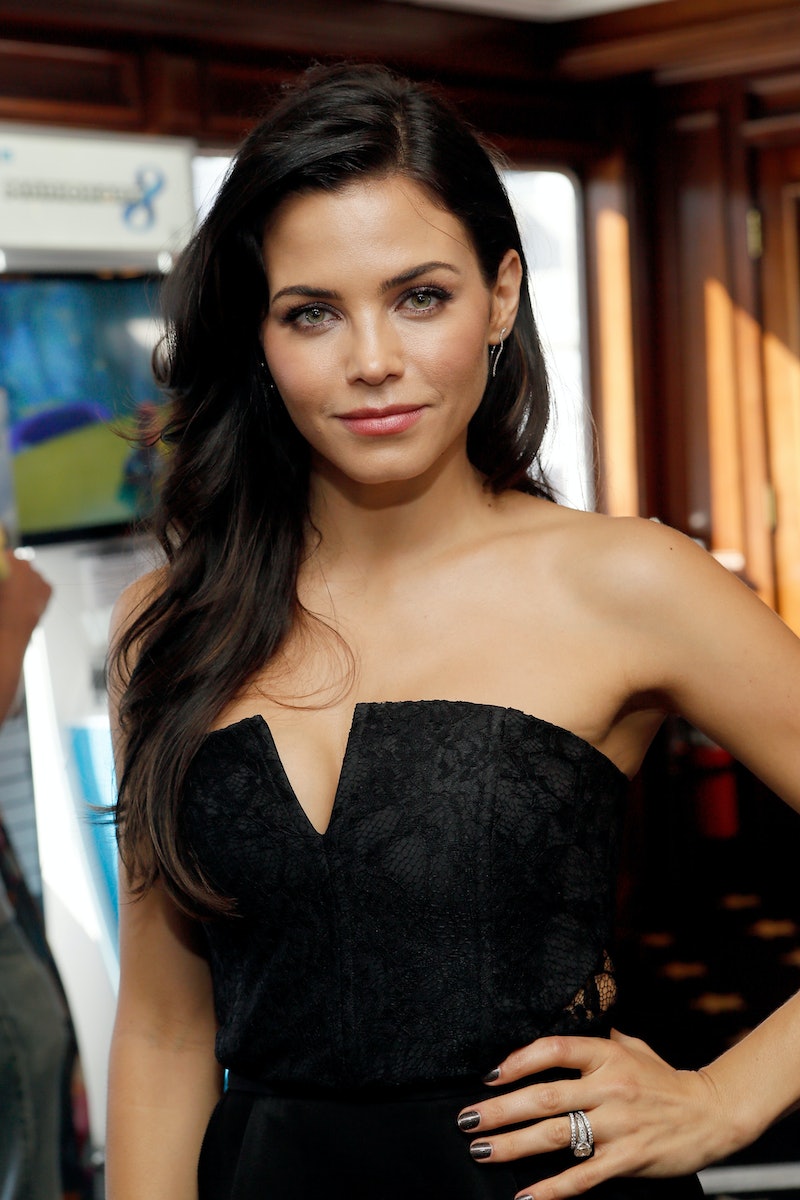 We know that Jenna Dewan-Tatum has got some moves thanks to Step Up, where she costarred with her future husband — you may have heard of him — Channing Tatum. Dewan-Tatum be a guest judge during the final episode of So You Think You Can Dance on September 3, but what is Dewan-Tatum's dance background (you know, besides Step Up)? Before she broke out in alongside her husband their in 2006 dance flick, Dewan-Tatum was a backup dancer for such notable acts as Janet Jackson, *NSYNC, and Pink. Time to be jealous of her (again).

And if you're still not sold on her dance credentials, Dewan-Tatum recently told USA Weekend that dance was "the first thing I was passionate about and the first thing I knew I was good at. It was huge for my self-esteem. Knowing that I was talented and if I worked really hard I could accomplish my dreams shaped me as a person." So although Dewan-Tatum is known her TV roles lately, dancing was actually how she got her start.

In fact, she memorably busted a move alongside Janet Jackson in the 2001 music video for "All for You." It's tough to make her out (these backup ladies are never in focus!), but I believe she's in the green crop top at around the 50-second mark, the tan top around 2:14, and the white bra at 2:55. (It's very important that I specify what color she's wearing since no one wears a shirt that covers their stomachs, which is probably a requirement from ab-queen Jackson.)

Palling Around With Janet

The fabulous Janet (Miss Jackson, if you're nasty) is not only is a great dancer, but she treated her dancers well too, according to Dewan-Tatum. In an interview, Dewan-Tatum explained that dancers are typically not very respected on the set of music videos, but said, "Me, I was fortunate enough to work with Janet, who treats her dancers amazing so I didn't have that bad experience."

Dewan-Tatum must have enjoyed working with Jackson so much that she joined her for her All for You Tour. And according to an interview with E!, Dewan-Tatum, Jackson, and the cast of the tour would go to strip clubs after their shows.

At the 44th GRAMMY Awards in 2002, Nelly performed with *NSYNC (and a significantly less gray-haired Jon Stewart hosted — is it me or does he look better grayer?). Dewan-Tatum was a backup dancer for the performance and starting at 2:04 in the above video, you can see her grooving next to Justin Timberlake — that might just be the most coveted role for a backup dancer. WARNING: Crop tops abound here as well... and in the form of sweatshirts, to boot. Oh, the humanity!

Making It In Tinseltown

Before her big break with Step Up, she had a bit part as a dancer in the Rob Schneider movie The Hot Chick (where he switches bodies with friggin' Rachel McAdams). But all of her time dancing in the background paid off when she got to do a Dirty Dancing-type lift with her future husband. Swoon. (That's right, Gosling. Tatum did it first.)

Shaping The Dance Brains of Tomorrow

Wednesday night, Dewan-Tatum will return to SYTYCD with regulars Mary Murphy and Nigel Lythgoe, as well as Debbie Allen, Tara Lipinski, and Adam Shankman for the series Season 11 finale and bring her dance know-how full circle. This season, she was already a guest judge during the auditions and during the August 13 live show. And she'll get to be there to offer her well-earned dance knowledge when the SYTYCD winner is announced. Whoever that is, they're going to be one lucky dancer.