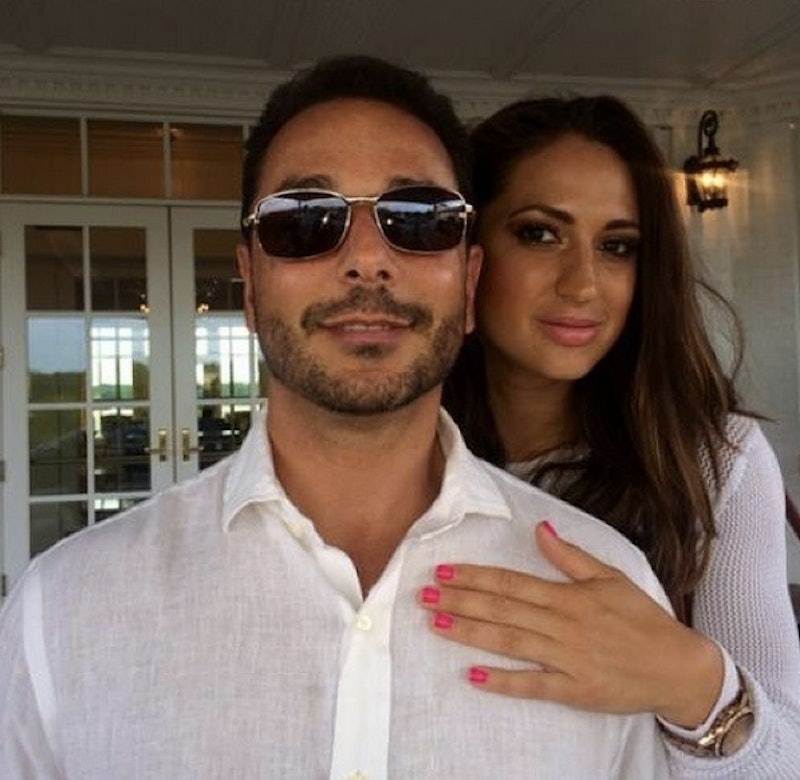 You guys, what do you think of Real Housewives of New Jersey star, Jim Marchese? You know, Amber's husband? Me? I'm not a fan. Not only does he clearly think he's above everyone on the show (maybe because he passed the bar and they didn't?), he's so dramatic and doesn't know when to stop. In addition to taking things way too far with Joe Gorga and Joe Giudce at the First Responder party a few eps ago, dude apparently fights with people who call him out on Twitter. Let it go, man. You're only making yourself look petty and insecure.

Apparently, I'm not the only person who opted out of the Jim Marchese Fan Club. In addition to his Twitter haters, Bravo apparently didn't ask Jim to the RHONJ reunion. When someone asked Jim via Twitter if it was true that he wasn't going to the reunion, he responded with, "Yes not at reunion. Was not invited, closed set. No exceptions." He also insinuated that his friend, Bobby, the twins, and Rino Aprea refused to shoot if he was there.

On the one hand, it's kind of a bummer that Jim won't be at the reunion, because let's be honest, the man is weirdly fascinating to watch (and stirs up big drama), but on the other, it's for the best. If he were there, all we'd hear about is how he's a lawyer and smarter and better than everyone else. Yawn. Though it would be kind of great to see Andy Cohen put him through the ringer, wouldn't it?